Click here for a detailed guide to the best Ford deals in 2010. 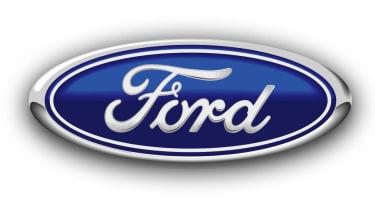 Until 31st December 2010, Ford is offering a range of discounts across its model range, including deals on the Ford Ka Studio, Fiesta Zetec, and new Mondeo and S-MAX.

Currently, you can buy a Ka Studio direct from Ford for just £7,995. A low finance rate of 4.9 percent APR is also available.

Ford deals: Offers are slim for Ford’s cute city car, but the dealers will contribute £500 towards the deposit on a 68bhp 1.2 Studio - now £7,995 – when financed over two years with an ‘Options’ PCP deal. Eg. pay £99 a month over two years for a Studio 1.2, with a reasonable 9,000 mile annual allowance and 4.9% APR typical. The first deposit is £1,643 though, and this model is basic, doing without alloy wheels or air-conditioning.

Ford deals: The well equipped ‘Zetec’ badged models attract the biggest discount – a combined £850 if you go for the two-year PCP deal with its decent 4.9% APR. They come with alloys, air-con, fog lights and a Quickclear windscreen as standard too and the dealers will now throw in a free voice activated Bluetooth system with USB connection. An example of a finance offer would be a 1.25 Zetec for £199 a month over two years with a £1,717 deposit to find. Mileage limits are a relatively low 9,000 per year.

Marketplace deals: For a deal on a higher spec model, shop around. The giant Perrys dealer group has applied the pressure - head to the Luton and Aylesbury branches for £2,050 off the three door 1.4 Titanium, which comes with automatic lights and wipers, climate control and privacy glass, now just £12,995.

Ford deals: With the next generation set to arrive in January, the outgoing focus attracts some of Ford’s best deals, though most are tied in to their PCP finance packages. The biggest cuts are on the best-selling Zetec model. Go for it and secure £1,550 off the list price of a 3-door 1.6 petrol, and a £500 deposit contribution if you opt for the finance deal. 24 monthly payments of £259 and a £2,950 deposit are what’s required, with interest set at 4.9% APR typical.

The best deal on the entire range by far is on the Focus CC Coupé-Cabriolet. The company are keen to shift this model, so they will knock £4,000 off the asking price of the 2.0-litre petrol in CC2 trim, which comes highly equipped with sports suspension, 17-inch alloys, air-conditioning and a three-spoke leather steering wheel.  Marketplace deals: For an even greater saving of £5,600 taken off the higher-specced 1.6 Titanium five-door manual, shop around. Go to main dealer Perry’s of Aylesbury to find this generous offer, which puts the on the road price at £14,990.

Ford deals: The Mondeo is one of the first models on the chopping block in Ford’s new ‘transparent’ Blue tag pricing scheme, but with the list price of a 2.0-litre Zetec petrol coming down to £18,445, there will be less room to haggle. They are also offering a small £500 deposit contribution as well, alongside the two year Ford credit PCP deals, monthly payments are £339 at 4.9% APR typical. However the initial deposit is steep, and will cost you £4,093 on the table.

Marketplace deals: For discounts on diesel variants, Brokers like Broadspeed are well worth a look, offering £3,983 off the Zetec 2.0 TDCi model, equipped with Ford’s Powershift automatic gearbox, putting the price at £17,502.

Marketplace deals: If you fancy a more powerful diesel model in higher trim, brokers Broadspeed can take £3,362 off the 140bhp Titanium trim, taking the price down to £20,959.