Click here for a detailed guide to the best Skoda deals in 2010. 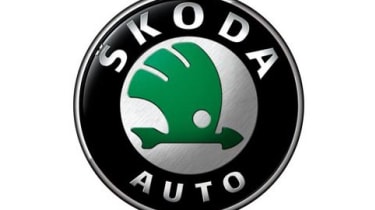 The Czech marque has put itself well ahead of the discounting game this autumn. Sprint to your Skoda dealer to take advantage of its vat-free deal on all models of the Fabia, Roomster and Octavia.

Discounts of up to £3,224 are on offer, with the biggest cuts coming on the highest specification models. More desirable cars like our current class champion the Superb, and Car of the Year the Yeti both avoid the VAT cuts, so head to brokers to secure a proper bargain on these models. With official prices already so low, there isn't much need to hunt for a marketplace bargain or wheel-and-deal with the brokers.

Best Skoda deals: The excellent vat-free deal drops the turbocharged 1.2 TSI 105 in Elegance trim comes down to £11,869, cutting £1,980 from the price tag. With the base petrols expect to pay even less, with the 1.2 6v costing just £8,039, although with just 60bhp and a spartan kit list, it might be best to go for a mid-spec SE version.

Best marketplace deals: It's still worth heading to the brokers for cash discount that isn't tied in to the VAT deal. Online broker Broadspeed has the 1.2-litre TSI petrol SE five-door for £10,231 - that's a tidy £1,794 off the standard list price.

Best Skoda deals: The vat-cut at Skoda isn’t available on its accomplished top-of-the-range saloon, and its generous swappage allowances have now finished as well. Instead, there's a hire purchase finance package spread over three years with 5.9 per cent APR typical. For example, a 1.8 TSI SE with 18-inch alloys would cost you £6,272 for the initial deposit, followed by 36 monthly payments of £429. Mileage limits vary depending on which deal you go for, and there are extra charges if you want to buy the car at the end of the lease, so make sure you've factored in all the details before signing on the dotted line.

Best marketplace deal: The official dealer network might not be cutting prices on the Superb, but it's been around long enough to attract some decent bargains with the brokers. Head to Broadspeed.co.uk for a 2.0 TDI CR 140 in SE trim with £2,363 off the standard price, taking it all the way down to £17,832. That's an awful lot of car for the money, and proves that there's plenty of room to manoeuvre with the dealers.

Best Skoda deals: VAT cuts also the best bet when opting for Skoda's van-like MPV. Once again, the best discounts are for fully-loaded models, so go for the chunky looking Scout versions to secure the best deal. The mid-range common-rail 1.6 TDI Scout with a manual gearbox is now £12,984, a cut of over £2,000. But hurry, the offer is only valid on deliveries taken before the 31st of December.

Best marketplace deals:  Once again, the Roomster is ripe for discounts! Online brokers Broadspeed will slash £2,567 off the asking price of a 1.2-litre TSI SE petrol with VW's clever dual-clutch DSG gearbox, now down to £12,038.