The Chevrolet Volt is the world's first range-extending electric vehicle, and it comes with incredibly low running costs 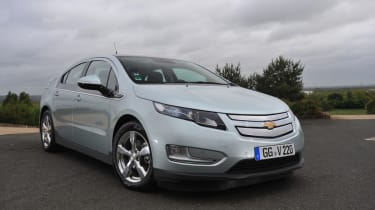 The Chevrolet Volt is the original electric range extender vehicle – or e-REV. It aims to give its driver all of the advantages of an electric car without any of the drawbacks. It's the sister car to the Vauxhall Ampera, and is capable of traveling up to 50 miles using the power from its lithium-ion batteries alone. But once that energy is depleted, it can go a further 500km using an on-board petrol generator to keep the batteries topped up. There’s only one body style, a five-door hatchback, and a single trim level.

When using electric power alone, the Volt is very quiet. There’s virtually no sound from the motor as it turns the front wheels, and with 370Nm of torque instantly available, it’s also surprisingly responsive. The automatic gearbox is very smooth and the steering is well weighted. When cornering you can feel the extra weight of the batteries on board, but grip is excellent and the Volt is a talented cruiser. The transition between pure battery running and when the 1.4-litre petrol generator cuts in is seamless, but the engine can get a little noisy if you’re too heavy with the throttle – and the fact that the accelerator isn’t directly connected to the engine can feel a little disconcerting at first.

Because the Volt is capable of driving over half the official cycle in pure electric mode, with no tailpipe emissions, it posts an incredible figure of just 27g/km, and returns a staggering 235mpg. However even Chevrolet admits that you’re highly unlikely to achieve this figure on a day-to-day basis, and that actual consumption depends very much on how you drive. Yet because it’s possible to complete short journeys using no fuel at all, and a full charge of the battery takes four hours (costing roughly £2) running costs should be minimal unless you use the Volt for longer trips. It’s also free to tax and eligible for the full £5,000 government grant for electric vehicles.

The styling of the Chevy Volt is largely dictated by the need to be as aerodynamic as possible, hence the rounded front end, ultra-low bumpers and sculpted side windows. It’s not quite as striking as the Vauxhall Ampera, but still has much more character than, for example, the Toyota Prius. There’s only one version available, which comes equipped with chrome alloy wheels that won't be to all tastes. A full leather interior is fitted as standard, and the rest of the cabin is suitably futuristic, with a pair of colourful LCD displays showing the key information about energy consumption and speed. All the major dash controls are built into a white touch-sensitive panel on the centre console.

In some electric cars the batteries on board limit the amount of luggage space, but thanks to the Volt’s T-shaped design, it comes with a decent boot of 300 litres, and the glass rear hatch opens wide enough to allow easy loading of bigger objects. It’s a strict four seater, but there is plenty of room for passengers in the comfy rear seats – although headroom will be a little tight if they’re over six foot tall. The parcel shelf is a little flimsy, as it's made of fabric rather than plastic to save weight, but there are a useful number of cubbies dotted around the cabin, making the Volt a viable family car.

The Volt scored a maximum five-star safety rating from Euro NCAP in crash tests, performing well in all areas, including child and pedestrian protection. The battery pack performs over 10 different diagnostic checks every second, and it is sealed within its own crash structure beneath the car. The Volt feels solidly built too, and because the technology is so new, Chevrolet offers an eight-year warranty on the batteries to give owners complete peace of mind about the future, which should also help protect resale values. 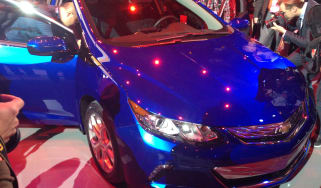 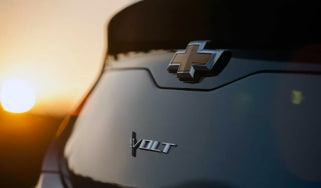 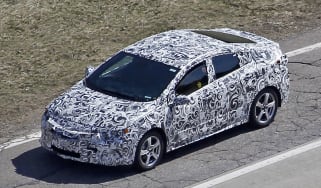 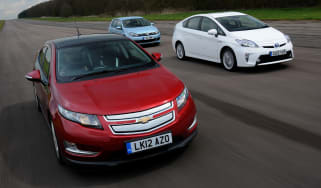 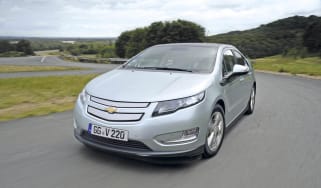 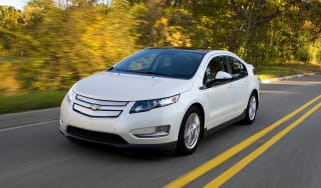 GM's revolutionary plug-in hybrid is here and but can it deliver a drive to match its technology?
Chevrolet Volt 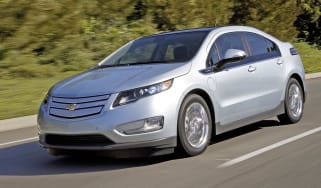