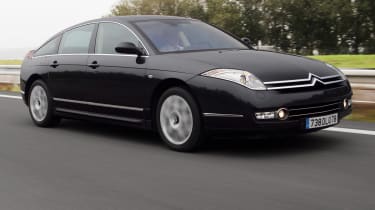 You have to admire Citroen for still making a car like the C6 – mainstream manufacturers such as Ford, Vauxhall, Renault and Peugeot have all pulled out of this sector of the market. In reality the Citroen DS5 has all but replaced the C6, but the big executive is an appealing oddball rival to cars like the BMW 5 Series. It's remarkable to look at, has a great ride on the motorway and its big V6 diesel is quite powerful. There's also a heap of standard equipment and plenty of space in the back. But you'd have to brave to buy a new one – it could be a nightmare to own, with poor dealer service, awful residual values and potential unreliability.

With 240bhp from its 3.0-litre V6 diesel, the C6 is fast in a relaxed way. A 0-60mph time of just under nine seconds might not sound rapid, but in-gear response is strong from the six-speed auto, and the big Citroen will keep going up to 150mph. In corners the steering is vague and over-assisted, so if you step up the pace a bit it's rather a game of trust. The active suspension system does a pretty good job of resisting body roll, but this is no sports saloon. Unfortunately the C6 doesn't float over every bump in the way the DS did. It's fine on the motorway - wind noise is almost absent at speed - but in town, ridges and potholes are not very well insulated, taking the edge off refinement.

First the good news – Citroen claims almost 40mpg for the C6, and on a motorway run we reckon you'll come close to matching that. And now the bad news. The big V6 isn't very clean, with 190g/km CO2 emissions, so it'll cost you a lot in tax. Secondly, residual values will be shocking. Few cars lose as much value as a Citroen C6 when it's driven off the dealer forecourt - and although you might get a discount, you'll still be paying close to £35,000.

This is where the Citroen C6 scores. From the same company that brought you the DS and the XM comes a luxury saloon that makes an Audi A6 or a Mercedes E-Class look anonymous. We love the sweep of the roofline and the concave rear window, as well as those dramatic front and rear lights. If you think it looks like a concept car, you're right – the C6 is basically a production version of the Lignage from the 1999 Geneva Motor Show. Inside, it's less of a statement, with a cluttered centre console taken from other large models in the range. However, digital dials, a head-up display and wood-panelled door bins help draw your eye elsewhere.

Like many large French cars, the Citroen C6 has been built to chauffeur French cabinet ministers, so it is very good when it comes to space in the back. There's lots of legroom and although really tall passengers might be caught out by that sloping roof, it's a great place to be. You even get your own air-con controls, while there's a button to slide the front passenger seat forward to create even more room. However, at 488-litres, the boot is much smaller than a Mondeo's. There's lots of equipment on board - gizmos such as the head-up display system are great - but strangely, no keyless entry.

The Citroen C6 is a very safe car indeed. It scored a maximum five stars in the Euro NCAP crash tests for occupant protection and did very well for pedestrian protection, too, picking four stars. As standard, it comes with nine airbags, traction and stability control, lane departure warning, a head-up display and active cruise control. As for reliability, Citroen's have performed poorly in this area in our Driver Power survey, and we don't expect a large, complicated model such as the C6 to reverse this trend. 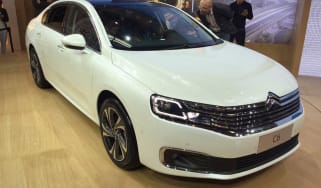 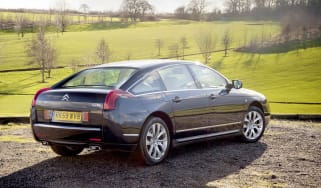 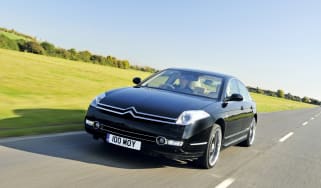 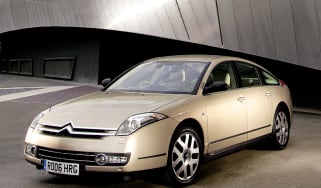 There's much to like about the Citroen C6, but it's costly to buy and run, while ride and ergonomics are flawed.
Citroen C6 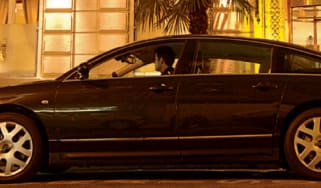 It's taken 50 years, but a goddess is returning to Citroen! In 1955, the French firm wowed crowds at the Paris Motor Show with the debut of its most l…
Citroen C6 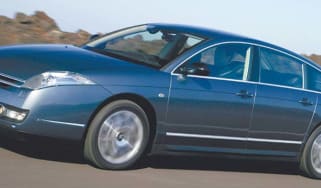 If you think BMWs are boring and all Mercedes look the same, what sort of machine should you buy when you are looking for a big, executive car that is…
Skip to HeaderSkip to Content