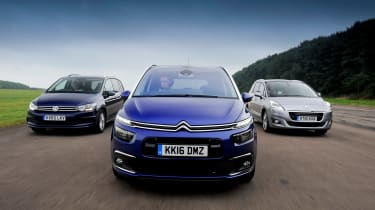 Citroen's Grand C4 Picasso has taken the Best MPV title at the Auto Express New Car Awards for three years in a row, so it's fair to say that it's a capable people carrier. It's seen off a host of new challengers over the last 12 months, too - and now there's a new, updated version.

There are some styling tweaks for Citroen's latest MPV, along with a pair of new petrol engines on offer, but it's the frugal 2.0-litre diesel that has always been victorious.

However, we're testing the less powerful 1.6-litre BlueHDI auto, so in the sizeable Citroen will this 118bhp unit prove enough?

VW has plenty of experience with downsized diesels, and installing its 1.6 TDI in the sharp and modern Touran should provide a tough test for the Picasso. Citroen also has some stiff competition close to home, as sister brand Peugeot also offers seven-seat versatility in the shape of its 5008, which has been updated with the same 1.6-litre diesel unit and six-speed auto transmission as the picasso.

But the question is, which one of our trio maximises family-friendly practicality with adequate performance and strong efficiency? 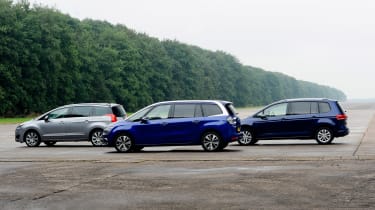 Just because you need seven seats doesn't mean you have to sacrifice style. The Citroen shows how; it's cool and modern inside and out, while updates to this facelifted model's infotainment system help further still.

The VW looks sharp and simple, but in comparison the Peugeot is bland. It's a pity, as its practicality doesn't compensate for this. 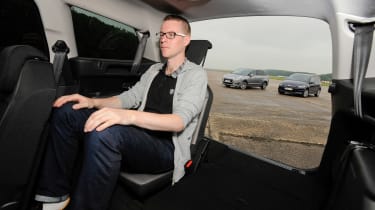 MPVs are all about space, and the Citroen mixes unusual design details with the most versatile interior on tests. It feels huge up front - helped by its panoramic windscreen and roof - while in the rear it offers the most head and legroom, with a less upright seating position, too. 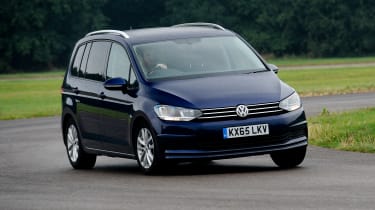 Adjustable driving modes allow you to tailor the Touran to your tastes. Go for the £660 adaptive dampers and the VW's breadth of ability is even greater. The Citroen is more comfortable, but the VW is for those who value driving enjoyment, too. 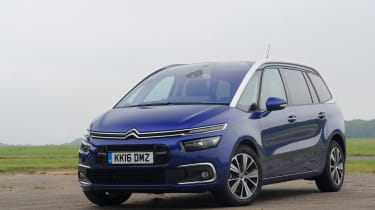 The Grand C4 Picasso takes victory again. It's the most versatile MPV here, which makes it incredibly easy to live with. On top of this it has strong performance and fine ride comfort, while even the 1.6-litre diesel auto powertrain doesn't feel too stretched with seven on board. Add low running costs, competitive PCP deals and individual design, and the Citroen stretches its winning margin.

If you need a people carrier but still want to enjoy driving, the Touran balances the two superbly, thanks to its sharp chassis and sweet manual gearchange. However, it's not as fast as the C4 Picasso, or as comfortable. It will only be slightly more costly to own than the Citroen, so it should still be cheap to run, but it loses out when it comes to space and usability. 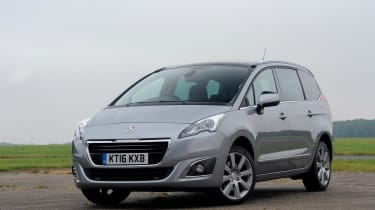 Respectable pace and a big boot mean the 5008 can just about cut it as a modern MPV, but it's beaten by some margin due to its old design and cramped cabin. Its engine is punchy, but the chassis lacks comfort. And which it's efficient, heavy depreciation means it'll still be costly to run. Still, it's well equipped and top value, plus an imminent replacement should ensure good dealer discounts. 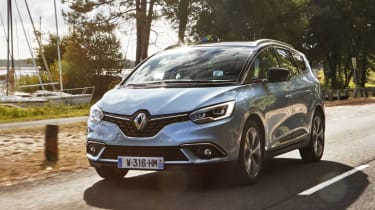 Renault's new Grand Scenic will rival the Grand C4 Picasso for style. Performance should be respectable, with a 128bhp 1.6-litre dCi diesel, and a roomy cabin with decent boot space is set to make this one competitive MPV.