Is the new Volkswagen Touran the best seven-seat MPV for a growing family? Or does Citroen’s Grand C4 Picasso still reign supreme? 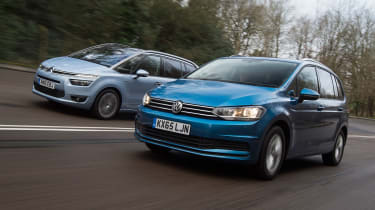 Any new contender in the seven-seat MPV class needs to be good, as the Citroen Grand C4 Picasso has had the top spot sewn up in our annual New Car Awards for two years. But could this all be about to change?

Volkswagen hopes so, as its new, second-generation Touran packs plenty of tech to try to topple the Citroen. Plus, the clever MQB platform that underpins everything from the Golf to the Passat should bring a big boost when it comes to packaging. 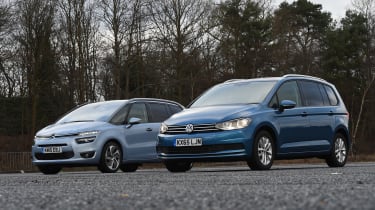 But the C4’s clever mix of space, style and efficiency has stood the test of time since launch in 2013. Also, the Exclusive+ model tested here has a lot of kit. Our SE Family spec VW is more pricey and not as well equipped, but scores with its premium image.

Both cars feature a third row of seats that rises out of the boot floor in one easy movement. Yet the Citroen has the edge on space, with more leg and headroom.

The Touran’s rearmost row is fine for small children, but a big hump in the roof hits headroom for taller passengers. Access to the rear of both is aided by tilting and sliding second row chairs. 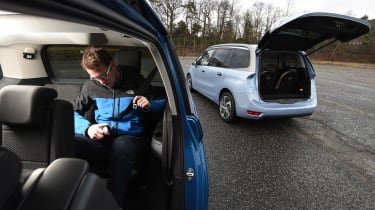 Park these MPVs side-by-side, and it’s clear they share similar dimensions and proportions. Yet while the Picasso is distinctive and different, the Touran is a bit bland. Sharp creases and some neat detailing give it a more dynamic look than before, but it still fades into the background. 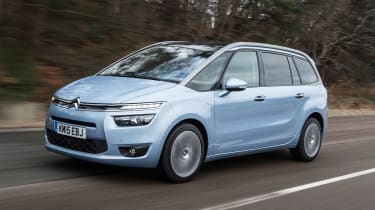 It’s another victory for the Grand C4 Picasso – with its blend of affordability, versatility and style, our reigning MPV of the Year fends off the challenge from the Touran on almost all fronts. It doesn’t drive quite as nicely as the VW with its MQB underpinnings, but the Citroen is softer and delivers more comfort, while the performance deficit in the real world is only marginal. 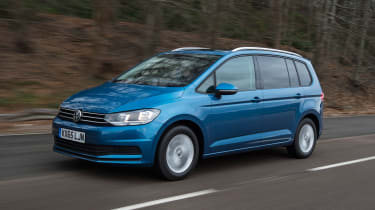 Unfortunately for VW, its new Touran falls short of the Citroen in most areas that matter for an MPV. It’s not quite as practical, or as efficient, while the Picasso has a bit more design flair. The newcomer feels composed on the road, with a punchy engine and slick gearbox, but that’s not enough to counter the higher price and running costs, so it slips into second place. 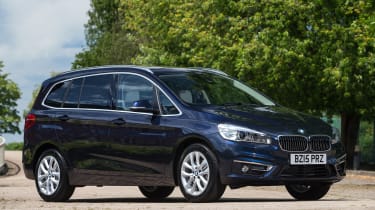 If you like the idea of a premium seven-seater, BMW’s 218d Gran Tourer offers similar pace and a sporty drive to match the Touran. Luxury spec is well equipped, but it’s a bit more expensive than the Volkswagen, at £29,090. 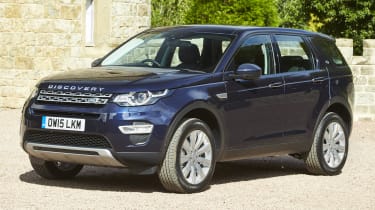 Don’t mind buying used? Drivers after something more stylish than an MPV who need seven seats only occasionally should check out the ‘5+2’-seater Discovery Sport. At this price it’ll be an entry-level SE, but it still scores on practicality and style.