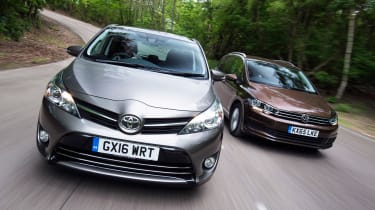 It's been a tough few years for traditional MPVs. Despite their space and practicality, these sensible cars have struggled to make a sales impression against the ever-increasing waves of fashionable crossovers and SUVs.

No car highlights the struggles of the people carrier more than the Toyota Verso. The current version debuted in 2010, before receiving a thorough mid-life makeover three years later. Yet even this facelift wasn’t enough to lift its fortunes, and the Verso has now been treated to its second refresh in as many years. The update brings more kit, a revised line-up and an improved interior, and aims to inject a much-needed dose of desirability into this practical, durable and dependable car. So, has Toyota done enough to lift the Verso to the top of the class?

To find out, we’ve put it head-to-head with another no-nonsense MPV. The Volkswagen Touran is smartly styled, solidly built and thoughtfully designed, plus it delivers composed driving dynamics and strong refinement. It’s not all change, though. While rival firms downsize their engines, Toyota has stuck with more traditional units. We sample the tried-and-tested 1.8-litre petrol here. 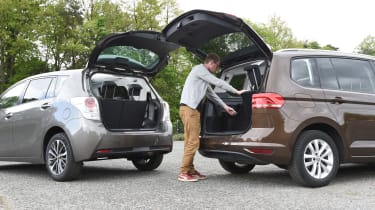 Both our contenders are only occasional seven-seaters. Access to the third row is easier in the Touran, plus there’s a fraction more space, but it’s tight. Still, like the Toyota, the two rear chairs rise in one easy movement and fold into the boot floor when not needed. The VW also benefits from a couple of handy cup-holders and a cubby.

VW has fully embraced the trend for downsizing, and its latest turbo 1.2-litre TSI delivers 175Nm of torque, which is only 5Nm less than the Verso. The Toyota’s 1.8-litre engine is only available with a CVT box. Buyers wanting a six-speed manual can opt for a 134bhp 1.6-litre petrol. 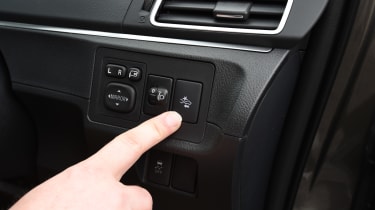 All Verso models get Toyota’s Safety Sense tech. This brings autonomous emergency braking (AEB), lane departure warning and auto high beam technology as standard. The VW is fitted with AEB, but you’ll have to pay an extra £885 for the other kit. 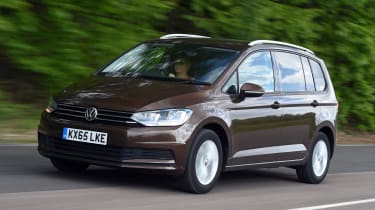 The Touran’s higher price is justified by its extra practicality. Add to that its sharper styling and more frugal running costs, and the car’s appeal is clear to see. Still, compared to the more spacious Citroen Grand C4 Picasso it feels a bit dull, while this 1.2 TSI lacks performance, looks expensive and isn’t as well equipped. If you really like how the Volkswagen drives, spend the extra on the 1.6 TDI. 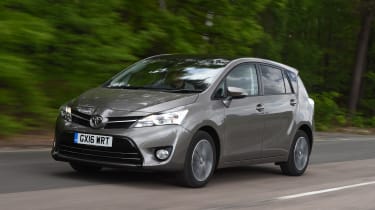 Extra safety kit makes the family-friendly Verso a more tempting option than before, but despite the updates the uninspiring design and drab interior are hard to recommend over the VW. While there’s a decent level of performance, we’d still go for the 1.6 diesel manual – but even then, the lack of space and flexibility compared to the best in the class make the Toyota a hard sell. 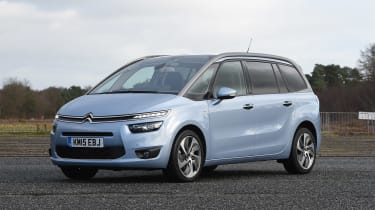 The Grand C4 Picasso is our favourite seven-seat MPV, and it’s easy to see why, as the cabin is spacious and versatile. Add in a low list price, 130g/km CO2 emissions and 50mpg for the auto, and the Verso looks small and pricey. Just be aware, a facelifted version is due in September. 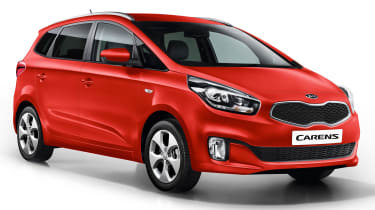 If you like the appeal of the Verso’s seven seats in a relatively compact package, the Carens is worth a look. You can’t add an auto to the 1.6 petrol car, but the special-edition SR-7 has lots of kit and a seven-year warranty for a £6,155 saving over the top-spec Toyota.