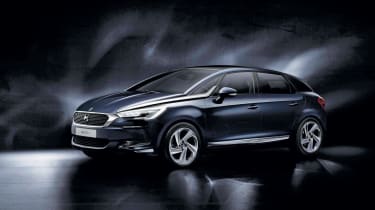 DS has finally been officially launched as a go-it-alone brand in Europe with the unveil of the facelifted DS 5.

The revisions see the already striking hatch get a bolder, even more upmarket look as DS attempts to establish itself as a stylish alternative to existing premium car makers.

All Citroen badging has been removed from the car, and it features a dramatic new front that will act as a blueprint for future DS models.

A vertical, hexagonal grille is surrounded in chrome, and features a large DS logo in its centre. At the side, the DS ‘wings’ flow seamlessly into the xenon headlights, which are surrounded by the brand’s new LED light signature. 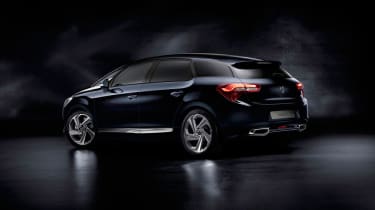 A further DS badge sits on the bonnet of the car, while the top of the lights features a pattern created from the DS monogram – which is also used inside on the door handles and centre console. The DS 5’s familiar sabre design cues are retained and flow from the tip of the lights up the edge of the bonnet. The silhouette of the car is unchanged, while the rear is familiar too, with the flamboyant ‘flame thrower’ rear lights and twin tailpipes.

Inside, the cabin showcases a new seven-inch touchscreen which means a much less cluttered dash layout, with 12 fewer buttons. The touchscreen controls all the infotainment functions, including sat-nav and music, while it also comes with MirrorLink, which allows Android smartphone screens to be replicated on the central display. Apple CarPlay will be introduced later.

Other new tech includes an enhanced DS Connect system, which now features a maintenance monitor, mapping pack, emergency assistance capability and a MyDS app, which promises to provide a range of information and data for owners. 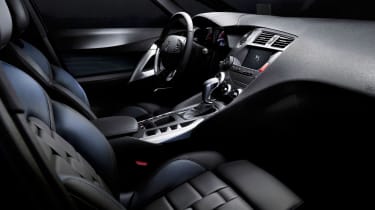 A blind-spot monitoring system is also added, while the lavish nature of the cabin is highlighted by the fact that three different leathers, including full-grain nappa, will be offered. A new sapphire blue and black colour scheme will be available with the DS 5’s  familiar ‘watch-strap’ style upholstery, while equipment highlights include electric memory massage seats and a Denon audio system.

Six engines will be available on the DS 5. These include a 162bhp 1.6-litre THP 165 petrol fitted with a six-speed auto, while a THP 210 with a manual gearbox arrives later in 2015. Diesel fans will be catered for with a new generation of diesels called BlueHDi which are compliant with Euro VI emissions rules. 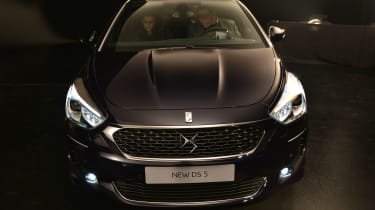 And the diesel-electric hybrid will continue, although this will now be marketed as a Diesel Hybrid 4x4, to highlight its four-wheel-drive capability.

The DS 5 will go on sale in Britain in summer, with prices yet to be confirmed, although a slight rise is possible given the car’s move upmarket. The car will be sold through Citroen’s network, with unique DS zones likely to be created in dealers and individual DS salons planned for the longer term.

Q and A: What does the future hold for DS?

We spoke to Arnaud Ribault vice president, global sales and marketing, about the strategy behind the new brand. 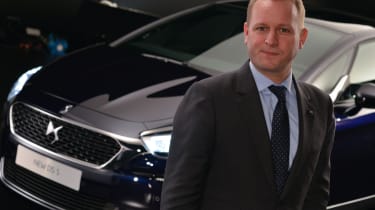 Why launch the DS brand on a facelifted car, rather than an all-new one?

“Because this is our flagship, the embodiment of DS. It sets a blueprint for the future. The avant-garde style of the DS5 is our DNA.”

Where will DS find buyers?

“We are unique in the market. We will appeal to people who want something different – independent thinkers. In some countries we will have the same target group as people who have bought the Range Rover Evoque or Volkswagen CC – these cars are not rivals, but they are very different, distinct cars.”

How will the DS range grow?

“We will have six cars on sale across the world by 2020. And we will look at sedans (saloons) and SUVs as this is where there is growth. But we are targeting profitability, not volume.” 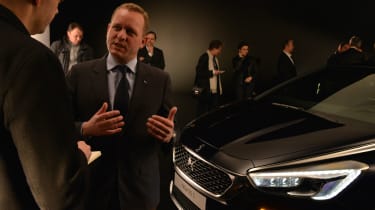 Will the prices of DS cars go up?

“You have to look at what is in the product. There is more tech, all the latest developments, we are pushing to offer more. It is a new approach to premium cars. So it is possible.”

How important is Britain to DS?

“It’s key for us, for two reasons. Firstly, it’s our second biggest market and third worldwide [behind France and China]. And also it is a centre of creativity – London is one of the cities that drives world trends. That is important for a brand such as DS.”

How do you think DS will get on after its break from Citroen? Let us know in the comments section below...