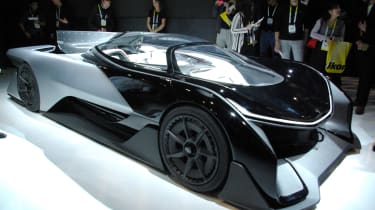 As the doors opened on CES 2016 in Las Vegas, new US brand Faraday Future has unveiled a striking concept for an electric supercar of the future. Dubbed the FFZERO1, the single-seat EV pumps out a startling 986bhp.

While the Consumer Electronics Show is usually a debut of the latest in-car tech, Faraday Future used it to stun showgoers with its first fully developed concept car. It's a preview of both a new adaptable platform and design cues that the firm hopes will hit production within two years. 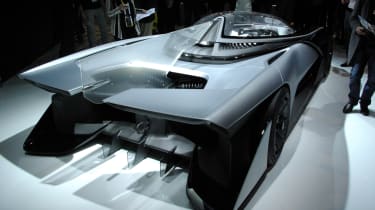 The FFZERO1 concept comes fitted with no less than four 'quad core' electric motors. Combining to produce a total of 986bhp - more than the LaFerrari hypercar, it's claimed to sprint from 0-62mph in under three seconds and fire past the 200mph barrier.

Of course, it won't make production in this form, with its futuristic, angular shape, massive grille and one-bar headlight design. But the modular platform underneath, called 'VPA', will eventually be used to create a variety different bodystyles. 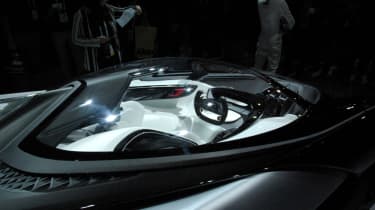 Its battery cells rest within both axles, and the chassis can be stretched to accomodate more cells if required. it can be configured to be front, rear or four-wheel drive easily, dramatically slashing production costs. Faraday Future says it will underpin a "future range of clean, intuitive electric vehicles".

Can the company deliver on its bold promises of an EV? Let us know in the comments below...