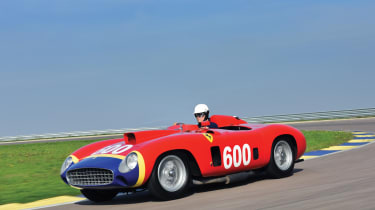 The car in question was built for Juan Manuel Fangio to race in the 1956 Mille Miglia - the famous Italian open-road endurance race. It only competed in that race once - as the Mille Miglia was shut down the following year. But before the car retired it was raced by greats like Alfonso de Portago and Wolfgang von Trips. 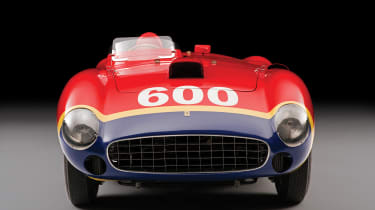 The Ferrari 290 MM  never achieved huge success and only won one of the 12 races it participated in - but its rarity made it a target for collectors. The Ferrari 290 MM is one of only four ever made. RM Sotheby's describes it as 'an irrefutable piece of automative history', and while its 320bhp may seem pedestrian now, in 1956 the car was hugely powerful.

The Ferrari rockets its way onto the list of most expensive cars ever sold at auction - to third place, just behind the Ferrari 250 GTO and the Mercedes-Benz W196. But it wasn't the only car that sold for mega money last weekend. A 1962 Aston Martin DB4 GT Zagato became the most expensive British car ever sold at $14.3 million, while the Ferrari Enzo previously owned by boxer Floyd Mayweather made $3.3 million. A Porsche 356, highly decorated and owned by the late Janis Joplin made $1.7 million. 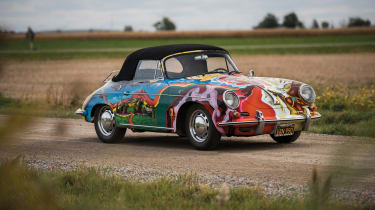 Overall the auction generated $73.5 million in sales - which means that Fangio's Ferrari accounted for over 26% of the sales total for that night.

Do you think a car can ever be worth $28.05 million? Check out our list of the most expensive cars ever sold here...