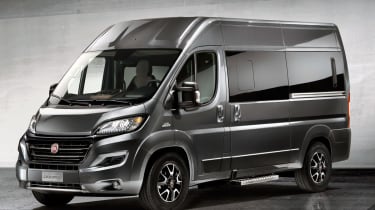 Fiat has unveiled the sixth-generation Ducato for 2014, its version of the Light commercial vehicle developed in conjunction with the Peugeot Boxer and Citroen Relay.

This has also been the focus of cabin updates – the Classic and Techno trim levels both gain new, more comfortable seats, as well as larger cup-holders and a Multifunction Tablet Holder.

Under the bonnet, the new Ducato also boasts car-like emissions and up to 10% better economy from its range of 2.3-litre diesel engines. Three versions of the 2.3 Multijet II engine are available, offering between 110hp and 150hp. With optional stop-start tech, the two range topping units are capable of up to 45.6mpg with only 164g/km CO2 released. 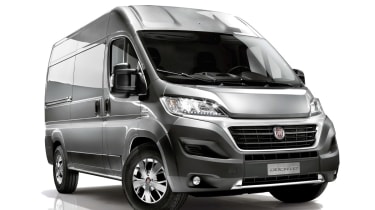 Fiat also claims improved running costs are the result of weight saving techniques, including the use of composite materials in the rear suspension.

These changes – alongside body, suspension and chassis reinforcements – have helped give the Ducato the best gross vehicle weight and van payload in the segment.

Customers are similarly spoilt for choice within the van range, with eight different load capacities, four lengths and three different heights available. Five lengths are offered for the chassis cabs, too.

Prices and full specifications will be released by Fiat shortly, with the new Ducato set to arrive in July.

The pure-electric Fiat e-Ducato panel van is on sale now with a starting price of £47,675 and a maximum range of 192 miles
Renault Zoe Van review