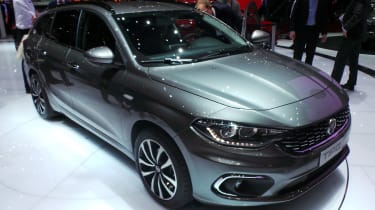 After Fiat revived its Tipo name with a new family hatchback and estate at the 2016 Geneva Motor Show, full UK prices and specs have been revealed. The range goes on sale here in September priced from £12,995.

The Italian brand has promised extremely competitive pricing ever since we first hit the road in the Tipo saloon last year, and it seems to have delivered. At £12,995 it's cheaper than anything in in the family hatch segment, including the Skoda Rapid Spaceback and Kia Cee'd. 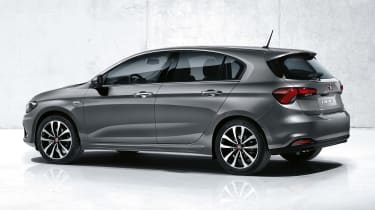 That gets you a 1.4-litre non-turbo petrol engine with 94bhp, and kit such as a DAB radio, Bluetooth, air-con, electric windows and mirrors, and six airbags. A touchscreen sat-nav system is a £500 option on this entry-level spec.

As Fiat promised, the car is identical to the saloon from the C-pillar forward, with the same sharp front end and curving window line. The hatch is 4.37 metres long – around 100mm more than a Volkswagen Golf – while the 'SW' Estate gets an extra 20mm in length. At the rear, the two models share similar styling, with only the chunkier back overhang and roof rails giving the more practical load-carrier away. 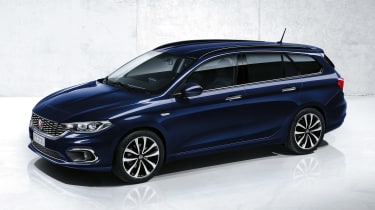 The Italian brand is quick to boast about the Tipo’s versatility, claiming the car has the ability to accommodate three six-footers across the rear bench thanks to “class-leading” legroom. There’s also a 420-litre boot in the hatch, which is 50 litres roomier than in the new Vauxhall Astra. The Estate increases that to 520 litres, and can carry loads of up to 1.8m with the 60:40 split-fold seats flipped down. It also gets luggage hooks and a removable boot floor.

Up front, Fiat makes no bold claims about tech or a premium feel, instead promoting best-in-class storage capability. Three trims in total are available in the UK, with mid spec cars starting from £13,995 and 'High' spec models from £14,995. 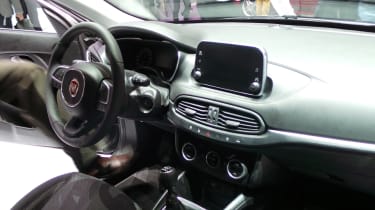 Even the 94bhp naturally-aspirated petrol gets a six-speed manual gearbox, while there's two further petrols and two diesels. The 1.4-litre 'T-Jet' turbo petrol gets 118bhp and 215Nm of torque, meaning it accelerates from 0-62mph in 9.6 seconds, or 9.8 seconds in the SW estate. It also manages 47.1mpg combined and emits 139g/km of CO2.

The 1.6 petrol is available solely with a six-speed auto. Two diesels will be offered: a five-speed 1.3 MultiJet with 94bhp and 200Nm, plus a 1.6 MultiJet with 118bhp and 320Nm. The latter gets the option of a six-speed dual-clutch transmission, plus claims 76.3mpg fuel economy and CO2 emissions of only 98g/km. A DDCT six-speed dual clutch automatic is available on the diesel, while a torque-converter auto is the only transmission choice on the 109bhp 1.6-litre petrol.

What do you think of the new Fiat Tipo? Let us know below... 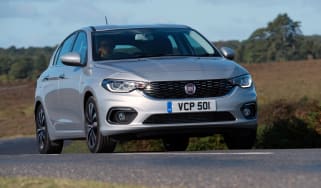 The Fiat Tipo comes as a compact hatch or SW estate, and it's easy to drive, offers decent space and is good value for money