Can the updated Ford Focus see off the Nissan Pulsar and SEAT Leon in its first test? 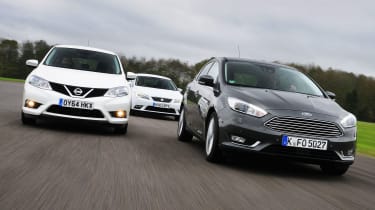 The Ford Focus has been a front-runner in the compact hatch class since it first arrived in 1998, and while the third-generation model has held its own, a wave of talented new rivals has given Ford the impetus to update the car with fresh looks and a revised interior.

To put this latest Focus through its paces, we’ve lined up an all-new contender in the shape of the Nissan Pulsar. It marks the maker’s first entry in the class since the Almera was dropped in favour of the Qashqai in 2006, and it brings some of the crossover’s style and practicality to the sector.

Both newcomers face a strong challenge from our current class favourite – the SEAT Leon. The Spanish hatch has seen off all-comers since its launch, thanks to its winning blend of quality, kit, performance and running costs.

Has the Focus been given the edge it needs in order to reclaim its compact hatchback crown? Can the new Nissan cause an upset on its debut? Or is the SEAT still top of the class?

Read individual reviews by clicking the links above, and scroll down for the verdict of this family hatch showdown! 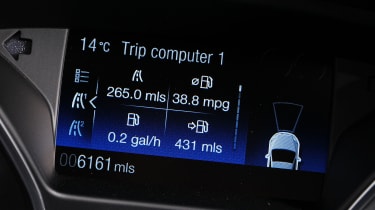 The SEAT Leon has a lower list price than its rivals, and the savings continue behind the wheel. We managed 41mpg on test, which was slightly ahead of the other cars here, although the Ford does have a better claimed economy figure.

Fixed-price servicing of £480 over three years is better value than for either competitor, while business users face smaller tax bills in the SEAT, with higher-rate earners saving nearly £100 a year. 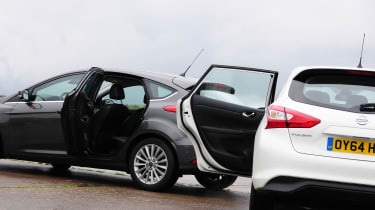 If you often carry rear passengers, the Pulsar holds a slight advantage as it has the biggest back doors. It offers the same space as the Leon, although the middle seat occupant has the benefit of extra foot room.

Access to the Focus is easy and its seats are comfortable, but legroom trails the other models’.

What about the VW Golf? 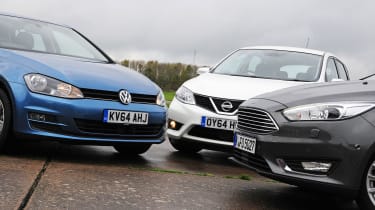 The Focus is similarly priced to the VW Golf, with our £18,795 Zetec only £155 more than a Golf 1.2 TSI S – although the Ford has more kit. Spend another £200, and the Pulsar 1.2 DIG-T n-tec adds everything from LED lights to sat-nav; it just lacks the VW’s premium feel and grown-up driving experience. 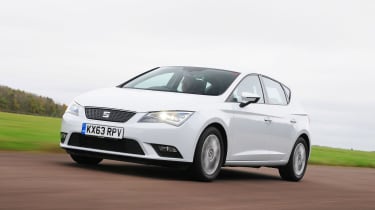 The Leon has seen off two more challengers to retain its crown as king of the compact hatchbacks. While the Focus comes close to its combination of style, quality, everyday performance and usability, the SEAT has the upper hand thanks to its great-value price, especially when you add the free Tech Pack upgrade. Our only minor niggle is the slightly firm ride, but it’s no deal-breaker.

The updates to the Focus are a change for the better, because it looks a lot smarter on the outside and is more user-friendly inside. Build quality is as good as ever, while the driving experience delivers a great balance between comfort and handling, too. The running costs are low, but the Focus has to settle for second place in this test due to its higher list price. 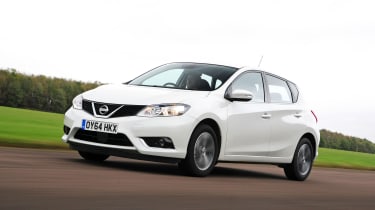 The Pulsar has its good points, but it lacks that last degree of cabin quality and driving sparkle that would make it a real contender here. It’s well built and rear passenger space is good, but the hard plastics are a letdown and the awkward driving position takes some getting used to. It’s a disappointing performer on the road, too, while running costs could be better.