A history of the Honda Type R 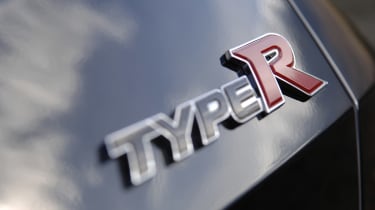 With the announcement of the new Honda Civic Type R, fans around the world are gearing up for the newest hot hatch with a red H on the bonnet. That badge signifies a 'Racing' model from the Japanese firm, and the unique styling and performance delivery from these models over the years have turned many of us into die-hard fans. To celebrate the brilliant Type R brand, we take a look back at the history of Honda's iconic badge. 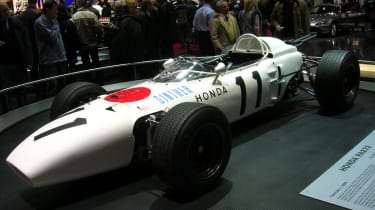 The Type R badge can be traced all the way back to the RA 272 Formula 1 car, the first Honda to win a Grand Prix. Painted in Championship White, this incredible car is reflected in all of the Type R models we know and love today - especially as all are offered with this special paint colour as an option.

The first road car in the Type R lineage was 1990's NSX supercar. It was famously developed with the help of racing driver Ayrton Senna (in fact, his very own car recently went up for sale), and was the first production car to feature an all-aluminium monocoque body to save weight - and is still hailed as one of the finest-handling supercars of all time. 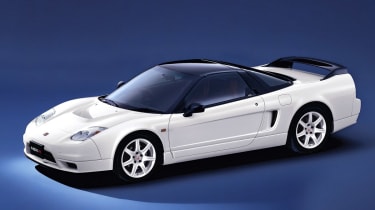 The R name, which of course stands for Racing, was first used on the Honda NSX-R variants. The first, introduced in 1992, was only available in the Japanese market, but featured tuned suspension and plenty of weight reduction to improve performance, especially on a track. The later 2002 version was based on the updated NSX model, but was much lighter and the 3.2-litre V6 was tuned to be more free-revving.

The NSX isn't the Type R most of us think about, however - it's no surprise that an expensive supercar has a faster, stripped-out model available. The Type R cars that we remember most are the ones that ordinary people could afford - like the Honda Integra Type R, which came out in 1996. 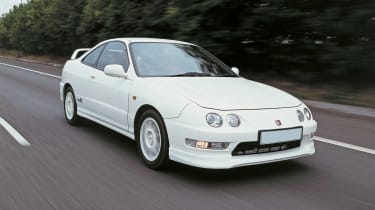 The Integra Type R's 1.8-litre VTEC was a high-revving and powerful engine, and it set the scene for many great Type R engines, but what really impressed the world about the Integra was the handling. In fact, Auto Express called it "the best handling front-wheel-drive sports coupe in the world." 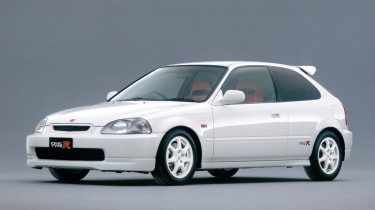 The next car to wear the red badge was probably the most famous and long-lasting of all: the Honda Civic Type R. The first model was based on the 6th generation Civic, and used a 1.6-litre VTEC engine with an incredible 185bhp - despite being a practical hatchback. One of the world's most popular hot hatchbacks was born. 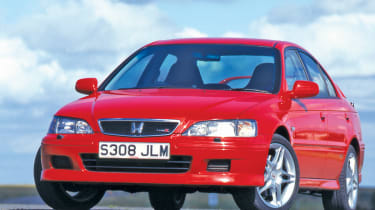 For those wanting a bit more space in their practical performance Honda, in 1998 the Accord Type R went on sale. It featured a 2.2-litre VTEC engine with 215bhp, as well as a limited-slip differential and a host of upgrades over the standard Accord. Like the earlier Integra Type R, this model was fantastic to drive. 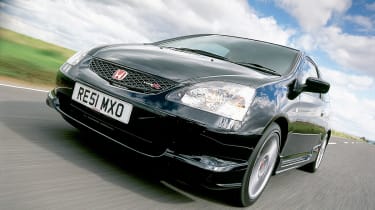 The next Civic Type R to appear in showrooms was released in 2001, and enthusiasts know it as the EP3 model. As with all the other Type Rs so far, it featured a high-revving VTEC engine, but it was manufactured in Britain - and that's partly why it's such a common sight on the roads even now. This version of the Civic Type R is arguably what made the red badge such an icon here in the UK. 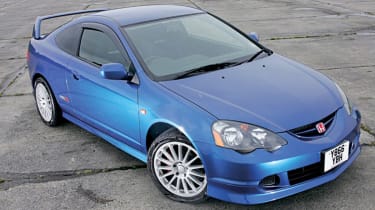 It was followed in 2001 by the next version of the Integra Type R, which got a stylish new look and the same engine as the Civic Type R, but was only officially available on the Japanese market. In 2006, the next version of the Civic Type R (below) appeared, which featured the same engine and drivetrain as the previous model, but with a sleek new shape. Japan got a four-door saloon version of this model (plus a limited-slip diff), but it was never released in the UK, either. 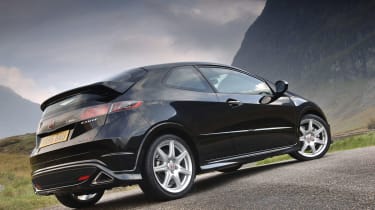 We've been without a Type R model in the Honda range for a long time now, but there's hope for Honda fans - the new Honda Civic Type R is set to be revealed very soon. We've even driven a prototype model, and it looks set to be the fastest - and most efficient - yet. There's a new Honda NSX in the works too, although it's not due to be revealed fully until 2015. 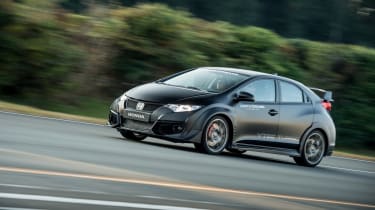