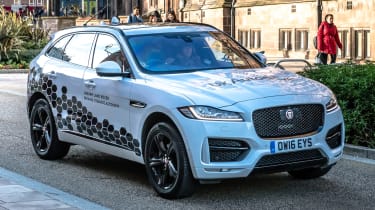 Jaguar Land Rover has started testing part and fully autonomous cars on the streets of the UK, and has confirmed the trials will continue well into 2018.

Forming part of the £20m UK Autodrive project, JLR is testing a range of new technologies including cars that can talk to each other to improve safety. As well as communicating car-to-car, the autonomous Jaguar and Land Rover models can recognise roadside infrastructure, such as signs and traffic lights.

• All you need to know about driverless cars

Nick Rogers, JLR’s executive director for product engineering said: “Testing this self-driving project on public roads is so exciting, as the complexity of the environment allows us to find robust ways to increase road safety in the future.” 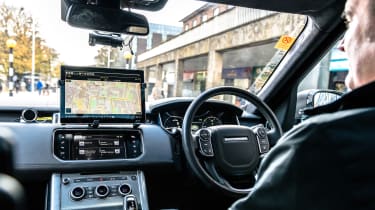 While the firm’s vision of the future will include fully autonomous cars, it is also trialling semi-autonomous features that will allow owners to maintain a crucial level of engagement. JLR says its systems will make the self-driving car viable “in the widest range of real-life, on and off-road driving environments”.

Urban trials began in Coventry last week, as the city joins 12 other locations conducting similar tests around the world. JLR will test its cars in all weather conditions, in order to gain the widest-ranging and most appropriate data for real-life situations.

“By using inputs from multiple sensors, and finding intelligent ways to process this data, we are gaining accurate technical insight to pioneer the automotive application of these technologies,” Rogers said. “We are supporting innovative research that will be integral to the infrastructure, technology and legal landscape needed to make intelligent, self-driving vehicles a reality within the next decade.”

When do you think autonomous cars will become the norm for everyday drivers? Tell us below!