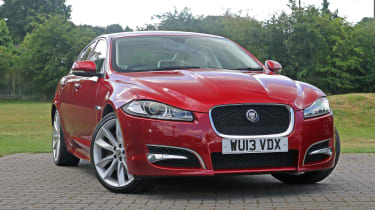 When it was in production the Mk1 XF racked up one award after another. It was our 2008 Car of the Year and was voted by you as the Car of the Decade in 2011. Having scooped first place in our 2009 Driver Power survey, it had five top five places in a row. This year it was third in our used car satisfaction poll. It would be easy to think that because the XF isn’t German it isn’t an exec class contender; these results prove it is more than just a mere contender.

The arrival of the XF marked the start of a new era for Jaguar. Until this stylish four-door saloon with its coupe-like profile was launched, the big cat’s design language didn’t seem to have moved on from the company’s heyday in the sixties.

Then, suddenly, here was a car that didn’t look anything like a Jag – and it was all the better for it. The XF wasn’t just a pretty face, though, because under the skin was a class-leading set of mechanicals that ensured the model was brilliant to drive.

It was just as good inside, with the cabin beautifully built, modern and spacious. No wonder the XF has won group tests, reader satisfaction surveys and awards galore. 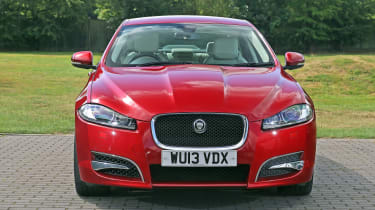 All of the XF engines are excellent, with the 2.2D capable of providing swift, smooth progress that concentrates on economy. 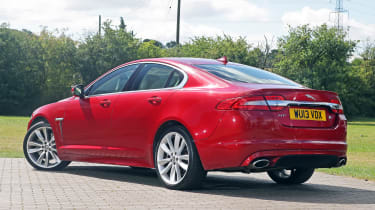 The V8s are fabulous to drive, but costly to run because they focus on performance. The V6 diesels are the best compromise of performance and economy, and the 3.0D is particularly impressive.

Alternatives to the Jaguar XF Mk1

The German trio of Audi (A6), BMW (5 Series) and Mercedes (E-Class) is the Jag’s nemesis. All well established by the time the XF arrived, these have been available for years in saloon or estate forms, with excellent engines and transmissions. 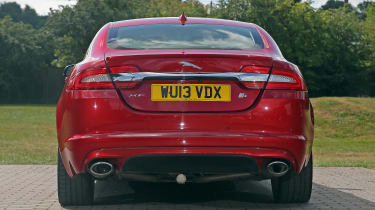 They are superbly built, refined, safe and well equipped, as well as spacious, costly to buy and extremely desirable. Less obvious choices are the Lexus GS and Volkswagen Phaeton, which are both available only as saloons. The hybrid-only Lexus is incredibly refined, comfortable, well equipped and top value; the VW is roomy and good value but it’s now rather dated. Also consider the Skoda Superb; although the badge isn’t as prestigious, the car lives up to its name.

The tyre pressure monitoring system can fail when the valve-mounted sensors corrode and stop working. Check each wheel individually before purchasing.

Rear brake pads tend to wear quickly, and if they’re not replaced in time it will lead to the discs being damaged.  Replacing those will increase the repair costs significantly.

On 3.0-litre diesel cars, the particulate filter sensor can fail. This will lead to the car resorting to limp mode. However, only the filter sensor will need replacing. 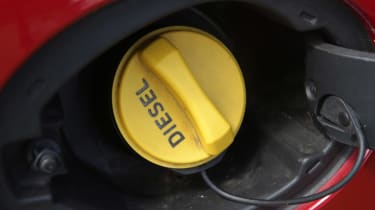 Fuel filler grommet can come undone on early models, which makes the filler neck become a bit loose and the car difficult to refuel. Jaguar redesigned the grommet for later cars.

Modern and full of neat design features that set it apart, the XF’s cabin is superb. The touchscreen multimedia system is dated and while front seat space is good, rear headroom is tight because of the sloping roofline. Boot space is 500 litres, more than its key rivals; Sportbrake can stow 1,675 litres. 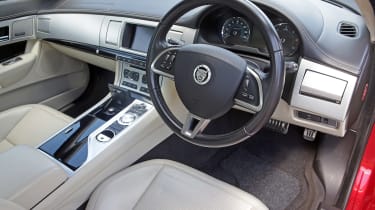 Brake fluid needs replacing every three years (at £58) and the coolant every 12 years (at £200). Petrol engines are chain-driven, while the diesels have a cambelt that has to be replaced every seven years or 112,000 miles, at a cost of £762. This price also includes a service.

The big service for a supercharged V8 is six years or 96,000 miles. Expect a £1,000 bill because it’s the point at which the supercharger belt has to be renewed.

Although the XF has been the subject of 19 recalls so far, owners still rate the Jaguar as excellent for reliability.

The first came five months after the XF went on sale due to faulty rear seatbelts. Instrument cluster failures led to another in December 2008, while other recalls have been for possible fuel starvation, power-steering leaks, fuel leaks, electrical short circuits, brake pipes chafing, airbags not working properly, suspension failures and engine problems, generally caused by some sort of fuelling issue.

Third place in our Driver Power 2017 used car survey is great. It was second for ride and handling plus build quality and reliability, fourth for comfort and seventh for practicality. Its worst score was 37th for running costs.