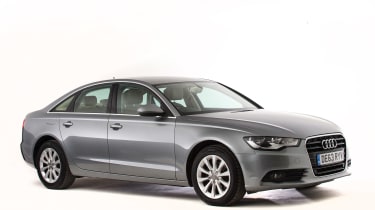 While the compact executive sector tends to dominate column inches and new car sales, move up a class to an executive model and things get even more enticing. Take the Audi A6, for example. Compared with its smaller A4 stablemate, it has more space, more equipment and more comfort – and when buying new, it also costs more.

However, on the used market, such large models can represent spectacular bargains, as they tend to depreciate at a faster rate. This means you get a huge amount of car for your money. That’s certainly the case with the A6, which offers fast and frugal motoring with refinement and comfort thrown in.

The Audi A6 has a come a long since first appearing in 1994. The executive car is now in its fourth generation and we’re looking at both this latest model, which has been on the market since 2011, and its Mk3 predecessor. 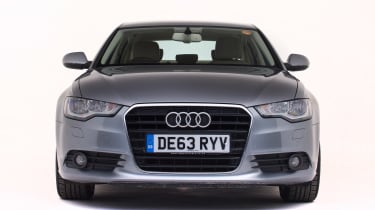 All of the engines and gearboxes are excellent, but petrols are very rare, so it’s more likely you’ll buy a diesel in either 2.0 or 3.0 form. While the latter is smooth and very muscular, the 2.0 TDI is all you need. 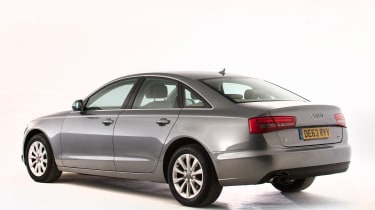 Alternatives to the Audi A6 Mk4

The BMW 5 Series is the best driver’s car in the sector, with superb engines and boxes, great steering and fabulous quality. Offered in saloon or estate (Touring) forms, it tends to be priced a little higher than the Audi.

Also a bit more costly is the Mercedes E-Class, which also has excellent engines and transmissions. The hi-tech Mercedes is spacious and comfortable, and comes in saloon, coupe, estate or convertible forms.

The Jaguar XF is available in saloon and estate forms and is stylish, well made and affordable, while the interior is beautifully designed, if now a bit dated. Further alternatives include the Skoda Superb and Lexus GS, both of which always do well in our annual Driver Power survey.

A software upgrade can be required in order to fix a fault with the electronic parking brake refusing to release. 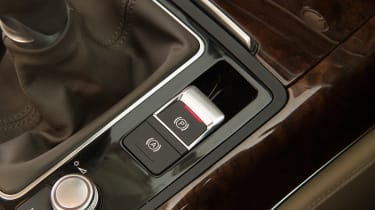 Gauges can read empty even when the fuel tank is full; Audi is aware of this, and the problem is usually fixed with another software upgrade.

The TDI engines can commonly use around a litre of oil every 1,000 miles, so check the powerplant isn’t running on empty.

Rear light cluster seals can sometimes fail, allowing water to get into the lenses. The cure is to fit both new lenses and seals.

The design might be staid, but the build quality is superb and there's space for five - although the transmission tunnel restricts legroom for the middle passenger. 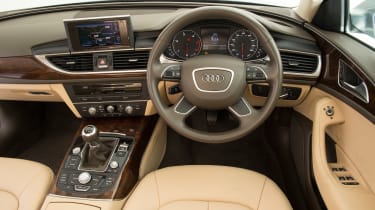 Boot space is excellent, at 530 litres, or 995 litres with the seats folded. The Avant is even better, with up to 1,680 litres available.

All A6s come with variable maintenance, so the car flags up when a service is due and takes a multitude of factors into account. The longest an A6 can go between services is two years or 19,000 miles, alternating between minor and major attention. For 2.0-litre cars, these are priced at £159 and £309 respectively, while you’ll pay £199 or £399 if you buy an A6 with a 3.0-litre TDI engine.

Only the 2.0-litre TDI features a cambelt, which has to be replaced every five years or 140,000 miles, at a cost of £455. The 3.0 TDI powerplant is chain-driven, so doesn’t need attention. The brake fluid has to be replaced after three years, then every two years, at £59; an air-conditioning service is priced at £79.

The A6 has had three recalls, the first of which was in October 2014. Some 2012-2014 cars could lose brake power assistance, yet the stoppers would still work. The next recall was due to fuel leaks in the 3.0 TFSI. 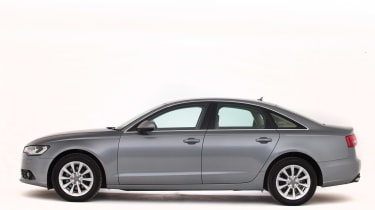 Most recently, the diesel emissions scandal affected some 2.0 TDI cars, but no 3.0 TDIs. There’s no safety issue and should be no financial implications, either, for economy or road tax increases. Check your potential buy at audi.co.uk/owners-area/emissions/check-your-car.html.

If you’re looking for an ideal family carry-all, the A6 should fit the bill perfectly. When it arrived in 2011, it was crowned Best Executive Car in our annual New Car Awards – a feat that it repeated in 2014, despite some very stiff competition.

The big Audi is relatively pricey when new, but depreciation makes it more affordable than you might think used; a three-year-old 2.0 TDI SE saloon with 35,000 miles can be yours for a mere £15,000. That’s less than half what it cost new, yet at this mileage it’ll be barely run in. However, while the A6 is hugely appealing, reliability can be an issue, so check any potential buy very carefully.