Jaguar XF vs Audi A6

Jaguar hopes its sleek new XF can pick up where its predecessor left off, but first it has to beat the Audi A6... 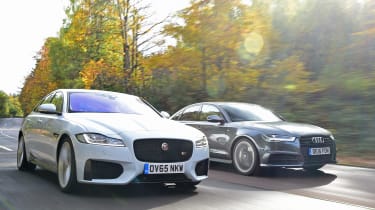 Jaguar launched its XF back in 2007 at a difficult time for the brand. Ford was getting ready to sell Jag to Tata Motors, and it’s fair to say that the XF helped the company achieve success while it moved from US to Indian ownership – so much so that it was named our 2008 Car of the Year.

The car’s modern design was a break from Jag’s traditional styling regime, and constant development has helped it to maintain its position at the front of the executive pack. Now it’s time for the second-generation model to make an appearance.

While the original XF was a radical departure from the S-Type that preceded it, the Mk2 model is an evolution, both in terms of design and engineering. This means that it should be a tough contender in the executive class.

For this first test, we’ve lined up the most powerful diesel version, the TDV6 S. It packs a 296bhp V6 twin-turbo engine and is loaded with kit, too; although it’ll have to be pretty special to beat its rival here, the Audi A6.

Here, we test the top-spec Black Edition model, which features a 316bhp twin-turbodiesel and quattro four-wheel drive. Does the second-generation XF pick up where the original left off? Or is the A6 the high-performance executive saloon to have? 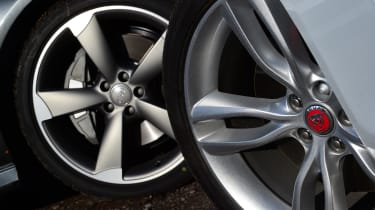 Audi has two 20-inch alloy wheel options, plus there’s a 19-inch version that will help soften the ride a little. All are no-cost options. 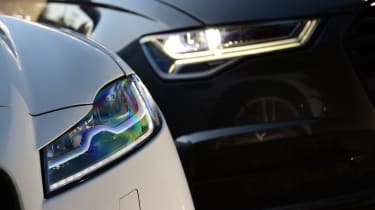 Jaguar and Audi are available with adaptive LEDs for £1,225 and £945 respectively. The XF’s give natural bright light, but the A6’s Matrix LEDs are something else. You can leave the main beams on and the lights seamlessly adapt to the road and other vehicles.

The first XF came as an estate, but now Jaguar offers the F-Pace crossover, it’s thought a load-lugging version is unlikely. This 3.0 BiTDI A6 can be had as an Avant estate for an extra £2,165, while the top-spec A6 allroad crossover estate costs £55,825. 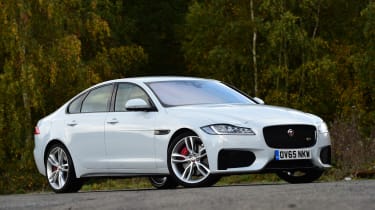 It was close, but it’s first blood to the new Jaguar XF. The sharper looks give it an edge over the A6, while under the skin, the car has been improved in the areas it needed to stay at the front of the pack, with greater efficiency giving it the edge over its rival here. It’s not as sporty as the Audi, but it’s fun. Plus, its ability to cover long distances in comfort seals the victory. 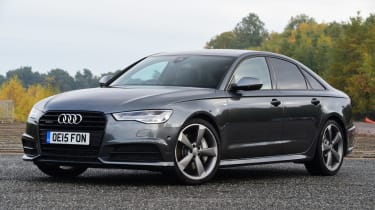 The A6 saloon is still a great executive, but the Black Edition’s firm ride spoils the overall package. The twin-turbodiesel has sports car-rivalling punch, yet the trade-off is higher running costs than the XF. You can save some cash with an S line version, but it’s still the pricier company car choice here. Comparing mass-market 2.0-litre models could throw up a different result, though. 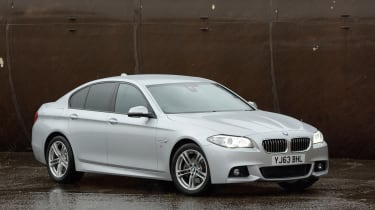 Like the A6, the 535d has a power advantage over the new XF, but this is countered by higher company car costs, despite its lower list price. The rear-drive BMW is arguably more engaging to drive, yet it’s not as sharply styled as the XF. 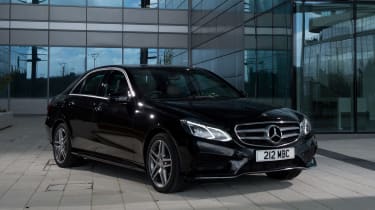 The E-Class is due to be replaced in 2016, so Mercedes is piling up the extras on its outgoing cars. The Night Edition adds a black styling pack, while the top-spec Premium Plus is around £4,000 less than the XF. It’s cheaper as a company car, too.