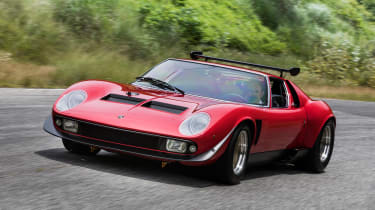 Lamborghini has revealed its fully restored Miura SVR. Brought back to life by the Italian firm’s Polo Storico department the project took 19 months to complete.

The Miura SVR was the most extreme version of the iconic supercar ever produced; only one was ever made, and it spent most of its life in Japan. The SVR was based on the already tweaked Miura Jota, which was the work of famous Lamborghini test driver Bob Wallace.

Customer demand was very much the reason why the Miura Jota and SVR models were created. The original Jota development car was destroyed in an accident but Lamborghini would later build five examples for customers who asked due to the coverage the accident generated. 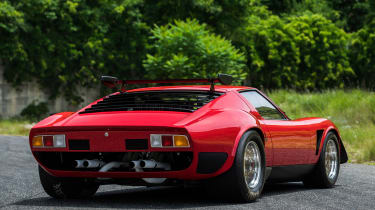 One particular customer called Heinz Straber wanted something even beyond the Jota, and so with the help of Lamborghini transformed the model into an SVR – that original project took 18 months. The car was then sold to a customer in Japan where it was modified and became an icon and inspired a comic book series called Circuit Wolf.

Lamborghini’s Polo Storico team decided to bring back the SVR to its former glory and original specification. Paolo Gabrielli, Lamborghini Head of After Sales and Director of the Polo Storico, said: “The challenge was even more daunting as the car arrived in Sant’Agata in pieces, although the parts were all there, and with considerable modifications.

“The only variations on the original specifications were the addition of four-point safety belts, more supportive seats and a removable roll bar. These were expressly requested by the customer and are intended to improve safety during the car’s racetrack exhibitions.”