The supercar manufacturer has officially entered the world of esports, with a one-make race series in Assetto Corsa Competizione 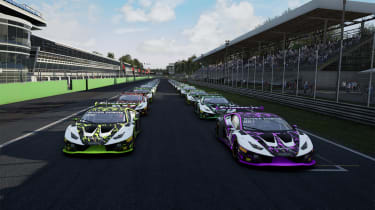 Lamborghini has launched its first official esports racing championship, called The Real Race. It’s a collaborative effort between the supercar manufacturer and Kunos Simulazioni, which is the software house responsible for the simulation racing game, Assetto Corsa Competizione – in which the virtual competition will take place.

Players will pilot a virtual version of the Lamborghini Huracán GT3 EVO in the Assetto Corsa Competizione game, and the competition is open to all experience levels. Lamborghini has also commissioned its in-house design department, Lamborghini Centro Stile, to create 12 exclusive race liveries for competitors to use during the event.

Qualifying for the tournament will take place over five weekends between the 29th May and 2nd August. On the 18th September, the top 12 players from those five heats will then travel to Lamborghini’s headquarters in Sant’ Agata Bolognese, Italy for the competition’s live final.

The three best players from the live final will then be offered the chance to train alongside Lamborghini Squadra Corse race drivers – who also use Assetto Corsa Competizione when preparing for real-world races – and to drive a real Lamborghini race car.

David Coulthard, the former Formula One racing driver, has been drafted-in as the event’s studio-based commentator. He said: “I’ve paid close attention to the rise of esports. Seeing the realism of racing games and how drivers are using racing simulators to practice, or professional esports players going from simulation to the real thing, is just incredible.”

Registration opens today and, for the weekend of 29th–31st May, competitors will be offered a free download of the Assetto Corsa Competizione game.

Will you be signing up for Lamborghini’s online racing series? Let us know in the comments section below…