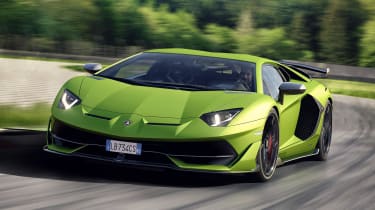 Lamborghini has revealed the most powerful naturally aspirated V12 car it has ever made – the 759bhp, Nurburgring lap record smashing Aventador Superveloce Jota.

Revealed at the Monterey Car Week in California, the Aventador SVJ lapped the 12.8-mile Nurburgring Nordschleife in 6:44.97s, beating the recent marker laid down by the new Porsche 911 GT2 by two seconds to become the fastest production car ever to lap the circuit.

At the Aventador SVJ’s heart is a 759bhp 6.5-litre naturally aspirated V12, sitting directly behind the passenger cell. Maximum torque of 720Nm is delivered at 6,750rpm, while the redline reaches towards 8,700rpm. Power is sent to an all-wheel-drive system through a seven-speed, single clutch ISR gearbox. 50kg is shaved from the weight of the regular Aventador. 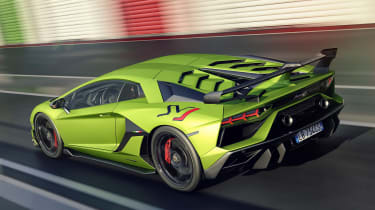 The Aventador SVJ receives a complete aerodynamic overhaul compared to the standard Aventador with the simple aim of improving ultimate performance.

The front apron is entirely new, as are the dual nostril air intakes at the front of the car. New side skirs appear, as do air intakes positioned either side of the carbon fibre engine cover and larger side intakes. At the back, a huge new rear wing debuts alongside a larger rear diffuser.

Like the Huracan Performance, the Aventador SVJ features Aerodinamica Lamborghini Attiva (ALA) active aerodynamics. The underbody of the car has been tweaked too, in a bid to unlock further downforce. 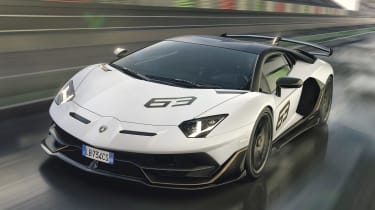 The suspension has been reworked over the Aventador SV with anti-roll bars 50 per cent stiffer and tougher dampers. Lamborghini says that the steering has been redeveloped to provide more feedback and precision. The rear-wheel steering system has been altered to deal with the newfound level of downforce, while the all-wheel-drive system has been recalibrated to suit the new power and torque figures.

A limited edition version named SVJ 63 has also been revealed; it pays tribute to Lamborghini’s founding year of 1963, with 63 examples planned. No prices for the Aventador SVJ have been announced.

Click here to see the fastest ever Nurburgring lap times... 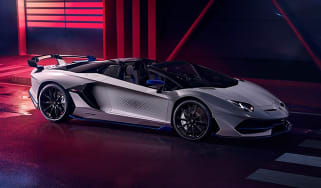 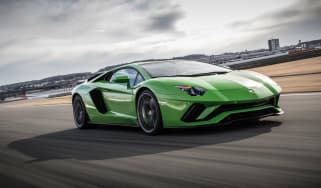 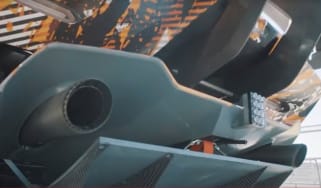