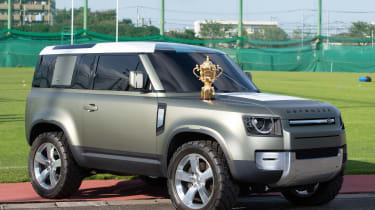 The trophy handover caps off Land Rover’s sponsorship duties at this year’s Rugby World Cup. The brand sponsored the 2015 edition of the tournament too, in which Land Rover commissioned a bespoke previous-generation Defender 110, outfitted with an illuminated, climate controlled trophy cabinet. 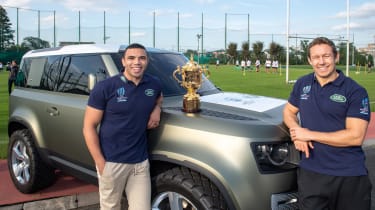 Like the new Defender 110, the 90 will be offered with a choice of four themed option packs. Land Rover’s Rugby World Cup delivery vehicle will be finished in the British firm’s Urban pack, which adds a front undershield, a bright rear scuff plate, metal pedals and a set of 21-inch five-spoke alloy wheels.

What do you make of the Land Rover Defender’s appearance at the Rugby World Cup? Let us know in the comments section below…