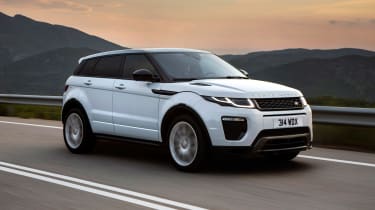 Land Rover has announced that a batch of new petrol and diesel engines will be added to the the Discovery Sport and Range Rover Evoque later this year. At the same time, both cars will also receive new styling and trim options.

Land Rover says that the new powertrain is 15 per cent more efficient than the engine it replaces. In the Evoque, it’ll deliver a claimed 38.7mpg with CO2 emissions of 165g/km, while Noise, Vibration and Harshness (NVH) levels are said to be improved. 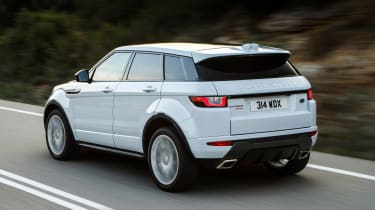 The flagship version of the same engine, the Si4 290, produces 286bhp and 400Nm of torque, enabling a 0-60mph time of six seconds dead and a top speed of 144mph in the Evoque. Both units are expected to be available solely with an automatic gearbox.

There’s also a new twin-scroll turbo 237bhp SD4 diesel, which delivers up to 500Nm of torque. Elsewhere, the Evoque gains a revised body paint colour palette, and new sports seats with perforated leather can be specced. Finally, the Evoque Convertible can now be ordered In a cheaper SE Dynamic trim, sitting underneath HSE Dynamic.

In the larger Discovery Sport, the new 237bhp petrol 2.0-litre delivers 35.3mpg and emits 182g/km of CO2 while the 287bhp variant sees CO2 emissions rise to 186g/km. Land Rover only quotes a 0-60mph time for the more powerful unit, which does the sprint in 6.5 seconds.

The 237bhp SD4 diesel is capable of the same sprint in 7.1 seconds, but manages 44.1mpg combined and emits 169g/km of CO2. It's also automatic and four-wheel drive only. 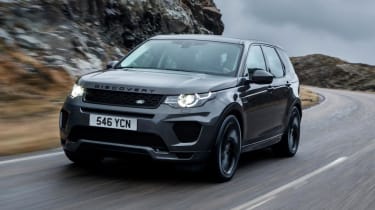 Inside the Discovery Sport there's new seats, redesigned to improve occupant comfort. All powered seats have also been upgraded to include four-way lumbar support. No prices have been announced for the updated models, however.

What do you think of the new engines in the Range Rover Evoque and Land Rover Discovery Sport? Let us know below...