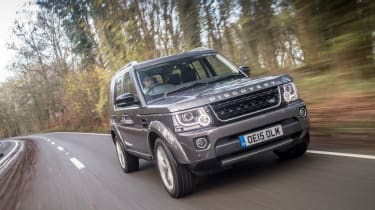 While it may be getting on a bit now, the Discovery is still a very appealing full-size seven-seater SUV. This special-edition Landmark model may not be the pick of the range, but it’s the one to go for if you’re considering the top-spec HSE Luxury, as it throws in loads of extra kit yet costs around £4,000 less. Nearly £60k is a lot to pay for a 10-year-old car, but it’s lost none of that old-school Disco charm.

Land Rover hasn’t plucked out any old badge for this Discovery. The preceding two generations have both had special editions wearing the Landmark tag, and for winter 2015/2016 the name returns. In fact, the Landmark isn’t the only special-edition Discovery arriving – there’s a Graphite coming, too. But it’s the former we’ve driven here for the first time.

You’ll have to be really into the Discovery to notice specific differences. It’s based on the already top-spec HSE Luxury, but Land Rover has thrown in some snazzier 20-inch split-spoke alloy wheels, with black-painted bumper vents, mirror caps and grille. There are full-length, silver roof rails and the usual haul of Landmark badges on the bodywork. 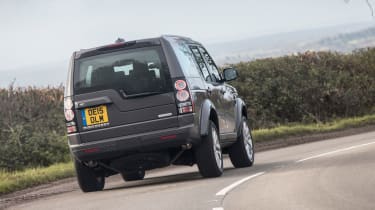 As a further bonus, the Landmark exclusively debuts a new copper-coloured paint called Zanzibar. The model’s also available in four other, more subtle, shades, including our test car’s classy-looking Waitomo Grey. Inside, there are softer leather seats than you’ll find in any other Discovery, and various colour and trim options, too, including black lacquer veneer or grained-walnut finishing.

The Landmark builds on the HSE Luxury’s comprehensive kit list, so there’s a 825kW Meridian sound system, rear entertainment pack, digital TV and Windsor hide covering the top of the dashboard and armrests. 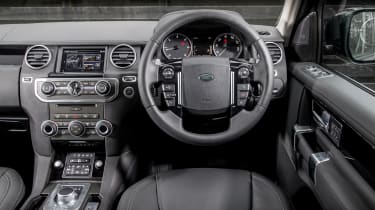 Elsewhere, it’s a traditional Discovery. While the interior is showing this model’s age, no other car mixes this much luxury with such sturdy, agricultural qualities. It’s roomy, too, and fits the bill as a genuine seven-seater, with plenty of room for adults in both the middle and rear rows.

There’s only one engine option, though: Jaguar Land Rover’s trusty 3.0-litre V6 diesel. While the powerplant is a smooth performer, the Land Rover’s heavy kerbweight and square shape result in high running costs – 36.7mpg and 203g/km of CO2 emissions are claimed, but on our tests we averaged a mere 26mpg.

It’s not cheap to buy, either. Approaching £56,000 is a lot for an ageing car – although the Landmark is still nearly £4,000 cheaper than the HSE Luxury.