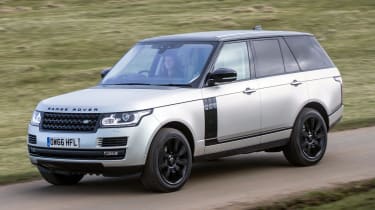 A handful of updates for the Range Rover for 2017 only enforce its position as the king of SUVs. It offers an incredible array of abilities, is one of the most luxurious cars on the road, and while also being a top off-roader, quick in a straight line and loaded with tech.

A blend of refinement, performance, quality and class, the Range Rover is one of the most recognisable luxury cars on sale. It has continued to impress through the years, and this updated model for 2017 has done it once again.

The main change for the newcomer is the introduction of a new SVAutobiography Dynamic model, but this Autobiography version has also been updated with the new 10-inch touchscreen InControl Touch Pro infotainment system and a few other small changes to the equipment list. 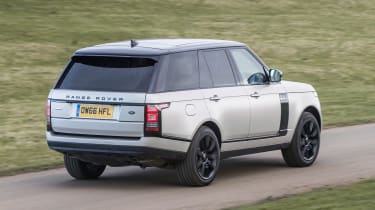 The new infotainment system is definitely an upgrade over the previous one, but the graphics are still not as sharp or modern-looking as the system in the Mercedes S-Class - and the touchscreen means you have to look away from the road more often to use it. Plus, while the chunky buttons still cater for glove-wearing occupants, the features you use via the screen require a bare fingertip.

Still, it gets WiFi and the ability to connect to a smartwatch, plus a ‘dual view’ system that means the front passenger can look at a different display on the same screen as the driver. 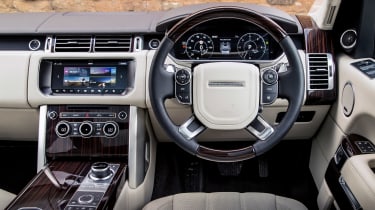 Other spec changes include optional adaptive cruise control, intelligent emergency braking, blind spot assist and lane keep assist. There’s also a new ‘low traction launch’ that lets you take off quickly from a standstill wherever you happen to be.

We tried a 4.4-litre V8 diesel model and while performance from that engine is astounding, most will be more than happy with the 3.0-litre V6 diesel model. Still, the low-down torque (740Nm of it) means getting up to speed feels effortless.

While the Range Rover isn’t the last word in handling prowess, and the smaller, cheaper Range Rover Sport is better to drive, it’s better than you might think. There’s quite a bit of body roll, but the big SUV feels composed and settled even on a twisty B-road.

The supple suspension set-up and incredibly sound-insulated cabin mean there are few more comfortable ways to travel around the UK, too.