Lexus ES launches in Japan with cameras instead of wing mirrors

Optional cameras to replace wing mirrors 2019 Lexus ES, but they're only available in Japan for now 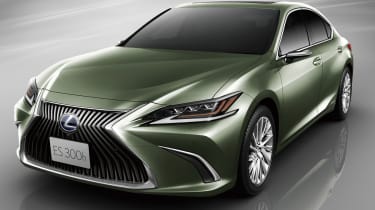 The new Lexus ES will be among the first cars available without any side mirrors, as a camera based side-view system has been homologated for the Japanese market version of the firm’s new BMW 5 Series and Mercedes E-class rival.

Launching along with the car in October, the cameras and displays are officially known as Digital Side-View Monitors. Two cameras placed on thin stalks where the mirrors would usually be feed live pictures to a pair of five-inch display monitors placed at each end of the dashboard.

Lexus says that using a camera-based system isn’t just a fad, and that there are distinct advantages to the technology. For example, the slimmer stalks mean that wind noise is reduced compared to conventional mirrors. The cameras can adapt automatically to the driving situation, panning to give a wider view of the driver’s blind spot if the indicators are flicked on, and when the car is placed into reverse. 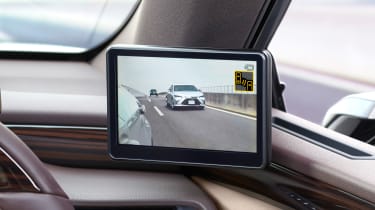 The driver can operate the cameras manually too, to focus on a particular spot and to alter the field of vision. Lexus says that frontwards visibility is improved, given that the cameras are housed in much smaller appendages to mirrors.

Lexus says that for now, the Digital Side-View Mirrors are only available for the Japanese market. As such, Audi’s upcoming e-tron SUV could still be the first vehicle on sale in Europe with a similar setup.

Read our first drive review of the new 2019 Lexus ES…