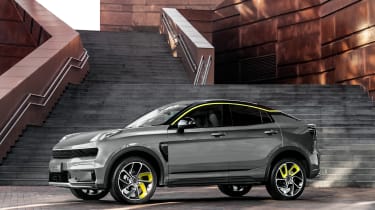 Lynk & Co, owned by Chinese car giant Geely, has launched its latest model, called the 05. Although the company will begin its expansion into European markets next year, the 05 is exclusively for China.

The new 05 coupe SUV joins the 01 SUV, 02 crossover and 03 saloon in the lineup.The 04 will be a Ford Focus-sized hatchback but is yet to be official revealed.

Carrying over many of the styling cues found on the 01, the latest BMW X4 rival features the same high-mounted headlamps and long front grille with integrated fog lamps. It’s at the back where the bulk of changes have taken place; the sloping roofline extends down towards a new rear lamp cluster that stretches the entire width of the car. The mounting for the number plate has also been moved from the tailgate to the rear bumper. 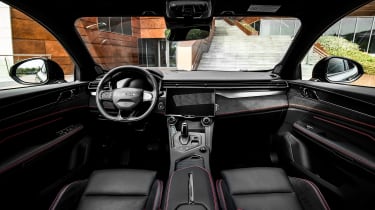 There’s also a completely new interior design that is largely based around a new widescreen digital display on the dash. The centre console has also been redesigned and features more physical buttons, while contrasting stitching has been used throughout the cabin.

Technical specs are yet to be confirmed but as the 05 is based on the same CMA (compact modular architecture) platform as the 01, you can expect the same suite of hybrid engines to be offered. A 1.5-litre three-cylinder turbo is likely to be the entry point to the range, while a plug-in hybrid powertrain based around that same 1.5-litre unit should follow.

When Lynk & Co finally begin selling cars in Europe in 2020, the business model will be based around a subscription service, similar to Volvo’s ‘Car by Volvo’ plan. Buyers will effectively rent the car from the company over a certain period of time for a fixed price per month. That fee will cover all vehicle costs such as insurance, tax and servicing.

Do you think Lynk & Co will be a success in Europe? Let us know in the comments below... 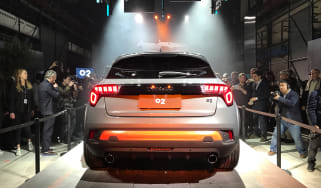