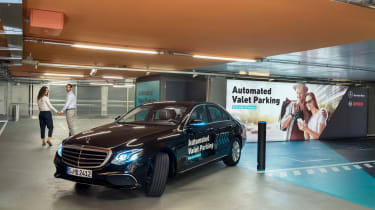 Bosch and Daimler have teamed up to demonstrate autonomous valet parking at the Mercedes-Benz Museum in Stuttgart, with a view to opening up the service to the public in early 2018 following trials and testing. 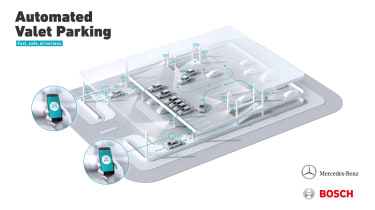 Visitors to the Mercedes-Benz museum can reserve one of the cars through a smartphone app, which is also used to summon and drop off the vehicle from a dedicated valet space in the car park.

Bosch says that the technology can be retrofitted to older cark parks, and that in the future such systems will lead to more efficient use of space – the firm thinks that the same amount of space can accommodate 20 per cent more vehicles if cars are left to park themselves.

The system is the latest self-driving development presented by Bosch and Mercedes parent company Daimler. Earlier this year, the two firms announced a tie-up to develop fully-autonomous driving systems, with a view to offer on-demand self-driving cars in the early 2020s.

Would you trust your car to park itself? Let us know in the comments!