Mercedes A 200 vs Audi A3 vs Volkswagen Golf

With a fresh look and new engine, the revised Mercedes A-Class diesel takes the fight to Audi and VW rivals 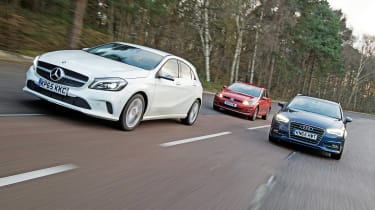 The Mercedes A-Class has been an alternative choice in the compact executive hatch sector ever since the third-generation model was launched in 2012. With its sporty bodywork and neat detailing, it looks the part, but has failed to upset the front runners in the class.

Now the A-Class range has been updated, with revised looks, a new model line-up and different engines under the bonnet. Here we test one of the new additions to the range – the A 200d. It replaces the A200 CDI and is equipped with a new, more efficient diesel engine.

But competition in this market is fierce, and we’ve lined up two rivals that will provide a stern challenge. First up is the Audi A3 Sportback. This five-door has a slightly longer body than the three-door, boosting versatility, while the 2.0 TDI diesel blends pace and economy well.

Our final contender, the Volkswagen Golf, shares the same platform as the Audi. We tried the new Match Edition model, promising good value for money.

Can the new Mercedes prevail over its already strong rivals, or is this update too little, too late for the German hatch? 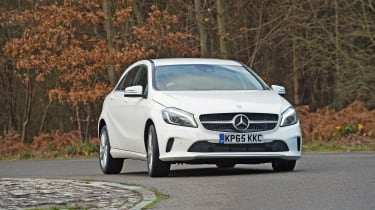 All three cars can be upgraded with hands-free parking aids. VW’s set-up looks a bargain at £150 as it uses the standard front and rear sensors, while Mercedes’ system costs £675 and the Audi’s set-up is a hefty £835.

The A-Class gets a standard reversing camera, which features a wide-angle setting for help with tight manoeuvres.

Usually, adding an auto has a detrimental effect on emissions. Sure enough, the A3 and Golf see increases of 11g/km and 2g/km respectively, but the Mercedes’ seven-speed auto cuts the CO2 output. The figure drops from 111g/km for the six-speed manual to 103g/km in our test model.

Mercedes bundles kit such as LED headlights and adaptive cruise into Premium and Premium Plus packs, which cost £1,695 and £2,995 respectively.

The A3 and Golf also have options packs, but there is more scope to add extras individually. 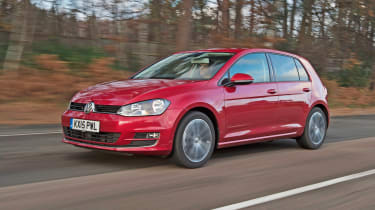 The Dieselgate scandal is giving Volkswagen’s corporate reputation a hammering, but look beyond the headlines and it’s still building great cars – and the Golf remains a front-runner in the class. It delivers executive-style quality at a great-value price, while this Match Edition is generously equipped. Add an engaging chassis and punchy diesel, and it edges ahead of its rivals here. 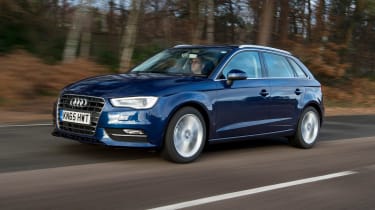 Like the Golf, the A3 Sportback provides a more involving driving experience and punchy performance than the A-Class, while it edges further ahead with its more spacious cabin, better dash layout and more practical boot. However, only a badge snob would overlook the price difference between the Audi and the VW, especially as the former comes with less kit. 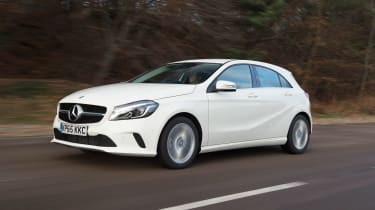 The A 200d is an improvement over the model it replaces, and thanks to its low emissions it’s the best choice for company car buyers keeping an eye on the bottom line. However, while it looks sporty, it’s not very entertaining to drive, and the Mercedes’ lack of space remains an issue. Consider, too, that you get less kit than the cheaper Golf, and the A-Class finishes third. 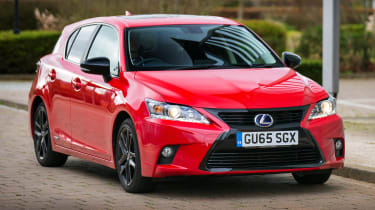 Look at the bare figures, and company car users could save a packet over our diesel test cars with the hybrid CT 200h. Sport trim brings nav, Bluetooth and a sunroof. Just don’t expect any driving fun with your 94g/km emissions 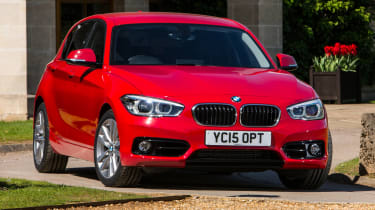 The 1 Series was recently facelifted, and the 118d diesel is as efficient as the A 200d. You also get a decent amount of kit, including DAB radio, while the rear-wheel-drive layout and agile responses mean it’s a lot more involving to drive.