‘Entry-level’ two-door is fast and luxurious, so who needs an AMG? 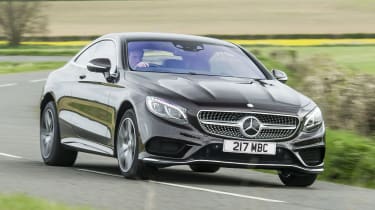 Mercedes has long produced some of the world’s finest four-seater coupés. However, most would agree its last attempt – the CL – wasn’t up to scratch. The new S-Class Coupé is bold, brash and imposing, but ultimately luxurious, which is key in this market. The entry-level S 500 Coupé is everything it needs to be, making you wonder why you’d spend extra on the AMG versions.

Mercedes has traditionally been one of the best at producing large, imposing and ultra-luxurious two-door grand coupés, and the new S-Class is no exception.

We’ve tried the powerful AMG models in recent months, but what’s life like at the entry point to the line-up, in the S 500 Coupé? 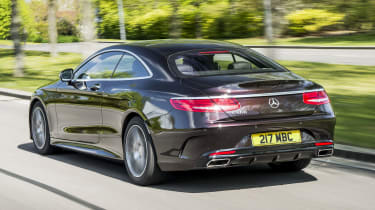 Although some people may scoff at its comparatively measly 449bhp output, it still has a colossal 700Nm of torque – allowing this two-tonne leather-lined grand tourer to cover 0-62mph in just 4.6 seconds. 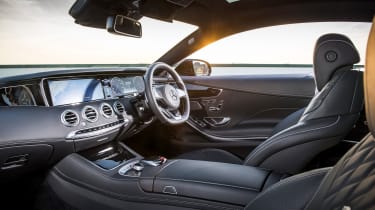 As a comparison, the twin-turbo V12 S 65 only gets there half a second quicker and is limited to the same 155mph top speed.

Under hard acceleration, the S 500 is pleasingly vocal, too. While the AMG models get special sporty exhausts, the S 500 still offers up plenty of drama – with the V8 growling right through the rev range. But, as this is still an ultra-luxurious four-seater GT car, the Coupé is more than capable of travelling in near-silence. 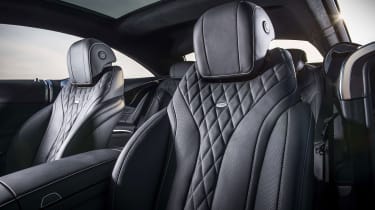 Thanks to a nine-speed auto box and double glazing, the S 500 can settle down to an eerily hushed cruise, making light work of motorways and long distances. Turn on to a country road and the slightly numb steering and the car’s vast size will remind you this is a grand tourer, not a sports coupé.

Our test car raised comfort up to the next level, though, with its Magic Body Control system. It’s a £4,250 option and works by using a clever front-facing camera to scan the road and spot potholes and road imperfections, setting the car up to pre-empt any inevitable jolts. 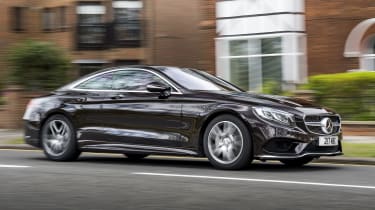 In fact, Magic Body Control is just the start, as our car had a wealth of desirable options, pushing the price up to an eye-watering £130,000.

That, however, is the price of S-Class ownership, and, for those who can afford to splash out on arguably the flashiest Mercedes on the market, money isn’t likely to be a problem.

But, far from being the AMG models’ lesser sibling, we think this super-sleek, quiet and quick V8 S 500 could be the pick of the S Coupé range.