'MINI is looking in great shape for the next 60 years'

Having just celebrated its 60th birthday, Editor-in-Chief Steve Fowler says MINI is looking good for the next 60 too 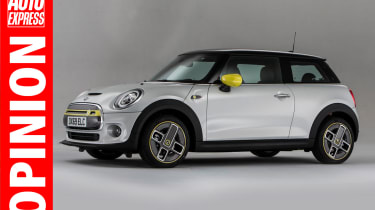 This year MINI is celebrating its 60th birthday, but this week we’ve been looking forward to the next 60 years with an exclusive preview of the next generation MINI hatch.

MINI is a brand I’ve always admired, from the original Mini (still, in my view, the cleverest car ever made) to the current line-up and how the brand has been managed by parent company BMW.

You won’t be surprised to hear that there’s a MINI in the Fowler household and, if my wife had her way, there’d be another – the MINI electric is on her wish list.

She might have to wait a while, though. Apparently over 60,000 people have already expressed an interest in the MINI Electric. It’s not on sale until early next year, but in the UK, MINI tells me there are over 800 people on the waiting list already. And judging by our early drive a few months ago, they’re going to have quite some car to look forward to.

Purists will say that the burgeoning MINI model range isn’t very MINI – and in size terms they’re right. But that hasn’t stopped the Countryman being a sales success, with the Clubman seemingly a mainstay of the brand’s line-up, too.

MINI is more of a movement than a size of car. It’s about enjoying your car from the moment you walk up to it and take in the styling, to the way it makes you feel when you drive it. All in an affordable and easy-to-use package. That’s always been the MINI way and what I like about it; since day one it’s been the UK’s People’s Car.

Engineering ingenuity has always been key, too, and it sounds like we’ll be seeing much more of it in the future, putting the BMW Group’s tech to good use. Oh, and in a smaller package, too; it sounds like the next generation of MINI hatch could really be mini again!

Do you agree with Steve about the future of MINI? Let us know in the comments below...