The Nissan GT-R LM NISMO is no more, as the brand pulls it out of endurance racing 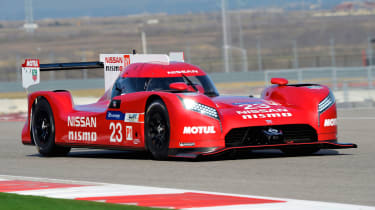 Nissan has pulled the plug on its troubled front-wheel-drive Le Mans racer, the GT-R LM NISMO.

In a statement released today, the Japanese brand said: “Today, Nissan announced that it will withdraw its LMP1 entry from the 2016 FIA World Endurance Championship. Nissan entered LMP1 in the 2015 season with an innovative new, and bold concept, with the ambition to compete at the front of the field. The teams worked diligently to bring the vehicles up to the desired performance levels. However, the company concluded that the program would not be able to reach its ambitions and decided to focus on developing its longer-term racing strategies.

“Racing is a core part of the Nissan DNA, and the company has a proud history of innovating to win. Nissan’s commitment to motorsport remains strong, as evidenced by its victorious track record in the 2015 season – from achieving the overall winner of Super GT two years in a row in Japan, to winning the Blancpain Endurance Pro Class and the Bathurst 12-hour race with the GT-R GT3. Nissan will continue its support of the WEC through its various engine programs, including the recent introduction of the LMP3 engine.” 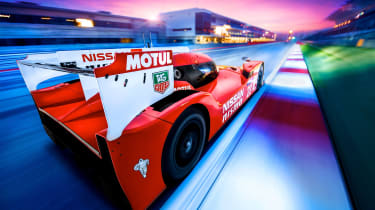 The GT-R LM raced only once, at Le Mans this year, where two of three entered examples retired and the third finished too far behind the leaders to be classified. The car’s hybrid system was plagued by issues and it raced at Le Mans with conventional petrol power only.

The architect of the project, Darren Cox, left Nissan earlier in the year, but a new team had been appointed to try to make the car more competitive, with the aim of contesting the full 2016 WEC season. The car ran several tests at US circuits since its Le Mans appearance.

Nissan’s other motorsport programmes, primarily in GT3 racing, are expected to continue, although the LMP1 decision affects several drivers who were anticipated to race the GT-R LM NISMO in 2016, including Brits Harry Tincknell and Jann Mardenborough – the latter a graduate of Nissan’s GT Academy ‘gamer to racer’ competition.

What do you think about Nissan stopping its Le Mans programme? Let us know below...