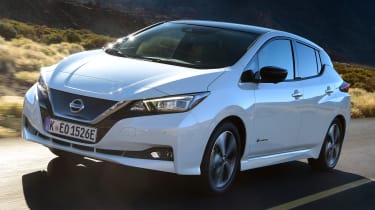 An advertisement for the Nissan Leaf has been banned by the Advertising Standards Authority (ASA) after complaints that claims made about the all-electric car’s charging times were “misleading”.

Three complainants questioned claims made by the ad, which appeared on Nissan’s UK website, that the Leaf could be charged up to 80 per cent capacity in 40 to 60 minutes.

The commercial clarified that the quoted charging time was only achievable when the car was connected to a CHAdeMO rapid charger, while a footnote added charger type and condition, battery size and temperature and ambient temperature could all affect charging.

The complainants pointed out, however, that the Leaf can take longer than 60 minutes to fully charge, and is designed to only accept one rapid charge a day. They argued Nissan should provide evidence to back up the claim made in the advertisement.

Nissan defended the advert, arguing consumers could charge their Leafs to 80 per cent capacity in 60 minutes. The company also said the footnote explained the timescale was dependent on other factors, and the battery could technically receive more than one rapid charge a day.

The brand also updated the text on its website, changing the claim to say Leaf owners could charge their cars from 20 per cent to 80 per cent charge in “around 60 minutes” when using a CHAdeMO rapid charger, as well as adding information about the type of journeys the car is designed to support and how safeguards prevent repeated rapid charging sessions in a short period of time.

Despite these amendments, the ASA still saw fit to uphold the complaints and ban the ad altogether, ruling it was “likely to mislead”. The organisation ruled consumers would understand the claims as stating the Leaf could be charged up to 80 per cent in as little as 40 minutes.

The ASA also criticised how the linked information could only be found at the very bottom of the page, adding the advert would still be misleading for consumers even with the updates having been made.

Nissan was told the advertisement must not appear again as it had previously. The firm was also ordered to ensure future advertising made clear the degree of variability that can affect charging times.

Read our review of the Nissan Leaf electric car here... 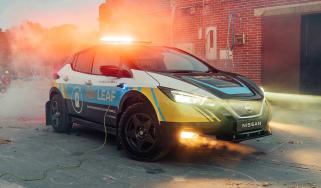