The 1007 is a difficult car to pin down and we're uncertain who it will appeal to, even though it has many positives. 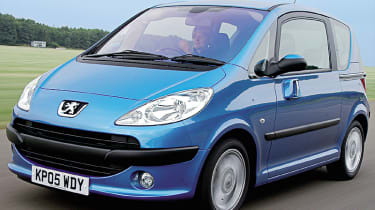 Driving: Impressively, considering its short wheelbase and lofty stature, the little Peugeot drives well. It's dynamically impressive, with sharp steering, lots of front-end grip and low levels of body roll. The ride is a little firm, particularly around town, but it could never be called unforgiving, even over rough roads. Stability control is fitted as standard, a real positive for Peugeot. However, it's a heavy car, so the engines have to be worked very hard; less powerful petrol units feel strained, and summon only sluggish performance. HDi diesels are better, because of their greater torque, making for a more relaxing drive. The gearlever is mounted high but the shift itself is flimsy and notchy, while the clutch is too light and has a spongy biting point.

Marketplace: The 1007 is unique. A two-door, four-seater with an MPV look and those amazing sliding doors. They make entry and exit easy in tight spaces, to both front and rear. In many ways this means the Peugeot is without rival; the five-door Renault Modus is a similarly sized contender but a little different in concept - though the conventional Honda Jazz is just as practical. Conventional petrol and diesel engines feature, but as a measure of its 'lifestyle' feel, trim names do away with Peugeot's usual logical system, for 'Dolce' and 'Sport' variants. Befitting its city centre focus, a semi-automatic gearbox is available alongside the regular manual.

Owning: The footwell is cramped and pedals are mounted at an upright angle, with no space for an off-clutch rest - all of which makes long trips uncomfortable. However, the dials and switchgear are generally clear and well laid out. Cabin materials look and feel of a good quality, and the Cameleo pack, allowing the dash cover and other trim to be swapped for different colours, works well. The 1007 offers stacks of headroom, but the independently sliding seats only offer decent legroom when pushed as far back as they will go - and this really impinges on boot space. Stowage is plentiful and the lofty front seats five excellent visibility, though the windscreen is a long distance away, giving the impression of wasted space ahead of you. The high kerbweight and lack of power means engines have to be worked hard, which hurts fuel economy, but service intervals are long and insurance ratings low. The 1007 is also officially one of the safest small cars you can buy, with a five-star Euro-NCAP score. 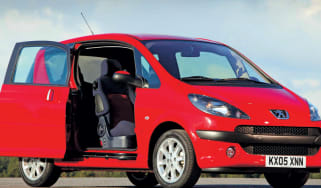 The turbodiesel engine works well in the 1007, but unfortunately, it's a bit too expensive
Peugeot 1007 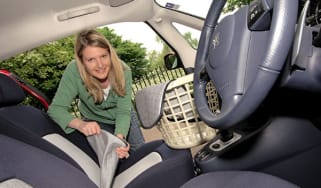 Auto transmission didn't suit the 1007 in town, but on the motorway things look up
Peugeot 1007 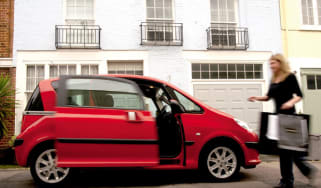 On paper Peugeot's 1007 sounds gimmicky, will it prove us wrong? Find out in the first report on our new fleet member
Peugeot 1007 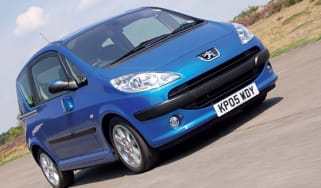 Peculiar doors and challenging styling mean there is lots that's new about Peugeot's 1007 - not least the name. This is the 'one thousand and seven', …
Peugeot 1007 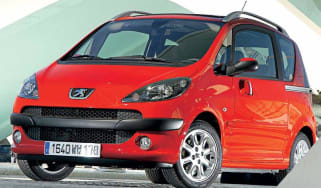 Is this Peugeot's magic number? The French firm is looking to take a bigger slice of the supermini market with the 1007, based on the innovative S�sam…
Skip to HeaderSkip to Content