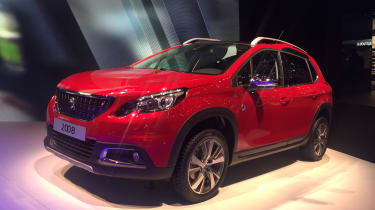 A facelifted version of the Peugeot 2008 has been revealed at the 2016 Geneva Motor Show.

The visual tweaks are – by all accounts – quite minor, but the addition of a new GT Line trim gives the crossover added aesthetic appeal. Elsewhere, a new grille, more rugged wheelarch extensions and a fresh ‘Ultimate Red’ colour also feature.

Having sold more than 500,000 units worldwide since launch in 2013, the supermini-SUV is an important car for Peugeot. The brand hopes a series of light tweaks will renew the car’s standing in an ever-popular market that continues to grow year-on-year. 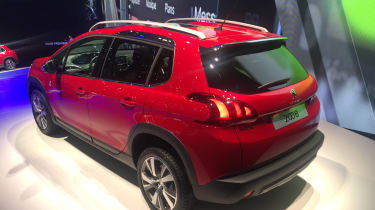 Existing Access, Active and Allure trims are joined by a new GT Line specification that adds 17-inch alloy wheels, special badging and a unique red and black interior. Prices haven’t been announced, but the GT Line is expected to command a premium of £1,000 over the top-spec Allure – which currently starts from around £16,000.

Inside, cars fitted with the seven-inch touchscreen display now feature Apple CarPlay and MirrorLink technology. Buyers also get the option of Active City Brake and Park Assist, as well as a handy rear view camera for help when reversing. 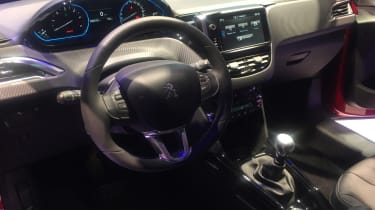 In addition to the styling changes and the new trim, Peugeot has boosted practicality by increasing boot space from 350 litres to 410 litres. Seats-down volume has also grown, from 1,194 to a decent 1,400 litres – far surpassing the 1,189 litres on offer in the Nissan Juke.

The car has now been unveiled, and we're expecting prices and exact specifications shortly after.

You can see our full coverage of the 2016 Geneva Motor Show here...

Welcome to our Geneva Motor Show hub page, scroll down for all our Geneva content...
Peugeot 2008 review 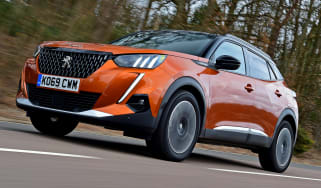 It’s stylish and well-built, but the Peugeot 2008 falls down on price.
Renault Captur vs Ford Puma vs Peugeot 2008