Kia’s new Soul has carried over the original’s angular looks, but has grown – and it’s gunning for the top crossovers 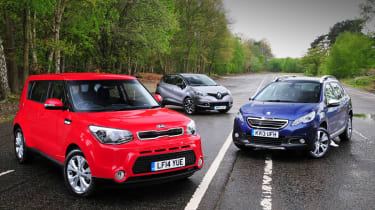 There's plenty of choice in the supermini sector, but if you need more space, and don’t want to move upto an ordinary compact hatchback, you have a range of alternatives to pick from.

One distinctive option is the Kia Soul. While the first generation was a funky looking SUV-style supermini, the new model is now bigger and aiming to move into the fashionable crossover upmarket.

For its first test, we’ve lined up two other models that also break from hatchback convention. The Peugeot 2008 is already a road test winner thanks to its tough SUV styling cues, low running costs and decent practicality.

Meanwhile, the quirky Renault Captur delivers the same high-riding stance and decent running costs as its rivals, but also comes with a host of personalisation options.

Which alternative supermini has the right mix of talents to take victory?

Click the links above to read each review, then read on for our verdict.

The Kia Soul is the tallest and widest car here, and it also has the longest wheelbase, but the extra space is given to the passenger compartment, not the boot.

It has the smallest capacity here, at 354 litres, while the tailgate opening is narrower and has a higher lip than the Peugeot’s.

These cars get hard load covers that fold up to boost access; the Renault has a more practical hinged cover that rises with the tailgate. 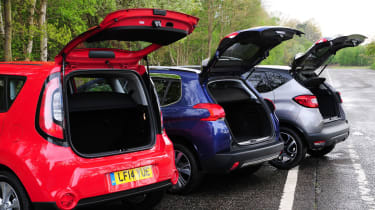 Connect Plus versions of the Soul come with an eight-inch touchscreen (below) that’s easy to use and has sat-nav with clear graphics. In contrast, the Renault and Peugeot feature systems that take time to familiarise yourself with, and even then aren’t as easy to operate when on the move. 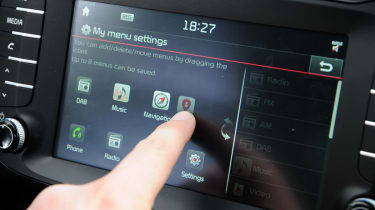 The Soul is heavily penalised by the lack of stop-start. Emissions of 132g/km are 37g/km behind the Renault’s, and mean road tax is £130 a year; the Captur is exempt. The Peugeot emits 103g/km, so its road tax costs £20 a year. 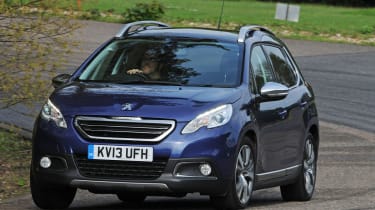 The Peugeot 2008 is a great car that should be at the top of any supermini crossover buyer’s shopping list. It’s comfortable and the SUV-style body delivers practicality, while the diesel’s balance of efficiency and pace is hard for either rival here to match. 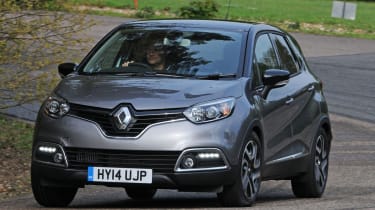 If you want a supermini with a bit more space, the Renault Captur is a fine choice. Personalisation options help it to stand out, and it has low running costs on its side, but the performance sacrifice you have to make is just too much to live with. 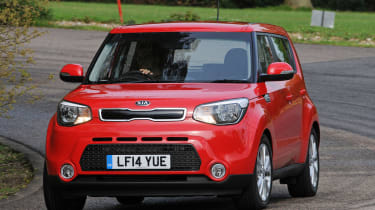 The second-generation Kia Soul is a disappointment. It doesn’t have the funky touches needed to stand out in this class. The looks are awkward and the lack of stop-start is a serious omission that hits running costs and will deter younger buyers.