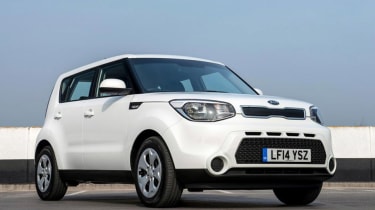 When the original Kia Soul arrived in 2009 it injected some brio into a relatively staid-looking line-up; Kia was producing very good cars, but much of the design was rather ordinary. The Soul changed that with eye-catching looks, a healthy dose of usability and the usual excellent value Kia offered.

In typical Kia fashion, the model didn’t come with much of an options list; instead, buyers were expected to pick their favoured engine, transmission, colour and trim.

Even entry-level versions aren’t spartan and there are plenty of high-spec Souls to choose from, plus all Mk2 cars are still covered by the firm’s seven-year warranty. The most exciting thing about the Soul is its design, because the rest of the package is safe, but ease of ownership wrapped up in a funky body is just the ticket for many buyers. 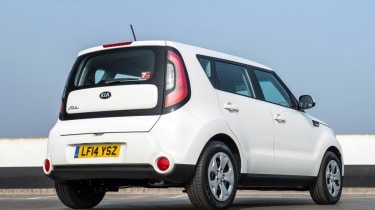 The second-generation Soul went on sale in April 2014 with a choice of 1.6 GDi (petrol) or 1.6 CRDi (diesel) engines. Both came with a six-speed manual transmission as standard, although a six-speed automatic gearbox was available on diesel versions.

Within six months the high-spec Mixx and Maxx editions had been launched, complete with 18-inch rims and a bodykit. A range refresh in November 2016 brought the option of a 201bhp turbocharged 1.6-litre petrol engine (badged T-GDi), available only with a seven-speed dual-clutch automatic transmission. These cars were distinguished from lesser Souls by a bolder front bumper design, unique 18-inch alloy wheels, twin exhausts and red highlights around the car.

The 1.6 GDi feels underpowered, so we’d choose a diesel or a 1.6 T-GDi; the latter comes in auto form only, though, and is rare. 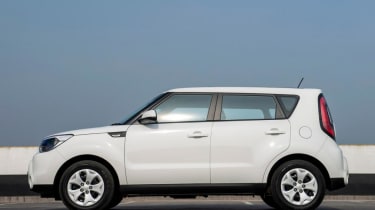 The Mixx and Maxx have 18-inch wheels; the former also has tinted windows, heated front seats and a bodykit, while the Maxx offers front and rear parking sensors, leather trim, keyless go and a panoramic roof.

Alternatives to the Kia Soul

Look past the boxy design and the Soul is simply a B-Segment SUV, which puts it up against the Nissan Juke. This was launched around the same time as the original Soul so is quite dated now, but very affordable as a used buy. The Renault Captur is also worth a look, and so is the Peugeot 2008, along with the Mazda CX-3, which is often forgotten despite being very appealing.

We’d be inclined to give the Ford EcoSport a miss unless you can get a spectacular deal, and if you’re shopping for a recent used car you should add the SEAT Arona to your list. The Vauxhall Mokka might also be worth a look; it’s very ordinary, but can be a good buy if you pay the right price. 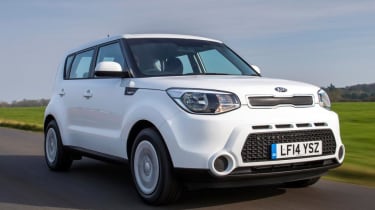 Unlike many contemporaries, the Soul comes with a spare wheel, albeit a space-saver item as opposed to a full-size one.

The Soul’s alloy wheels – especially the 18-inch ones – have been known to quite commonly suffer from corrosion, as well as bubbling paint.

Real-world economy for the 1.6 CRDi-engined Soul is typically around 45-50mpg; for the automatic it’s more like 40mpg. 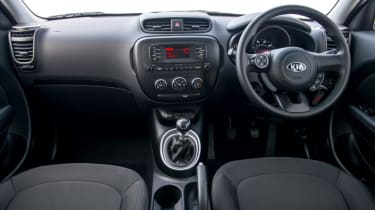 The dash is user-friendly and intuitive, while the fit and finish throughout the interior are extremely good. The lack of a rising waistline means the big windows make the cabin light and airy, while there’s no shortage of room in the rear. Cubby space is good, although the load bay capacity is only 354 litres with the rear seats up, or 1,367 litres with them folded, but practicality is helped by a split-level boot floor.

Souls have no cambelts to change, but the coolant needs replacing every decade (the cost is built into the service) and the brake fluid should be renewed every two years, at a cost of £39. Service plans are available at tinyurl.com/y44yyo34; just put in your details and a quote will be automatically generated. 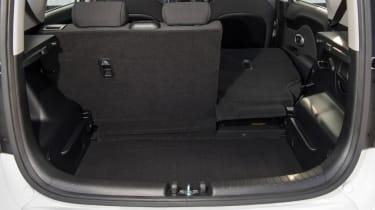 The Mk2 has been recalled twice. The first was in August 2014 and affected 20 cars built up to December 2013 because of possible steering rack failure. The next came in June 2016 and affected 5,854 Souls built up to the end of September 2015, which could also potentially suffer from steering rack failure. It wasn’t quite the same fault as before, but required attention to the rack’s pinion.

The Soul has never appeared in our Driver Power used car surveys and it hasn’t featured in the new ones since 2016, when it achieved a very disappointing 54th place. The only top 20 scores were for build quality and ease of driving, while it came 121st out of the 150 cars for practicality. That was the low point, but owners gave ride quality and running costs a thumbs down as well.

Chances are you’ve already made your mind up about the Soul based on its looks alone. You either love or hate it, but the Kia offers much more than just striking style. Even the earliest Mk2 cars have at least another two years’ warranty left, but you’re unlikely to need this because there are few fault patterns evident if you scour owners’ forums. We’ve not focused on the Soul EV in this guide because it’s very rare and already outclassed by newer electric cars. It’s very expensive, too, so the petrol and diesel models definitely make the most sense.