Renault is putting its F1® know-how into its new van range. We look at how that’s keeping the new Renault Trafic ahead of the game

The high octane world of F1® is where precision engineering and a ruthless focus on design creates some of the most advanced machines on the planet.

With two drivers’ championships and two constructors’ world championships, together with 35 race wins, the Renault F1® Team is a giant in the F1® world. And over the past 40 years it has transferred its success and technical expertise from the race track to the road.

• Take our van survey and win a £100 Halfords voucher 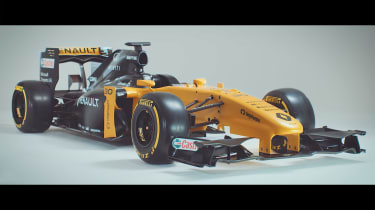 Today we’re going to show you how some of those features developed to win in F1® are now giving the Renault Trafic a real competitive edge. The racer and the van have more in common than you might realise. Let’s start with the engine.

The Renault F1® Team's F1® car is powered by a state-of-the-art turbocharged 1.6-litre V6 hybrid engine. Coupled with a turbocharger or two and an intelligent energy recovery system, this engine is designed to produce maximum power while being fuel efficient at the same time. All of this from a system that weighs just 145kg, but produces over 900 horsepower. 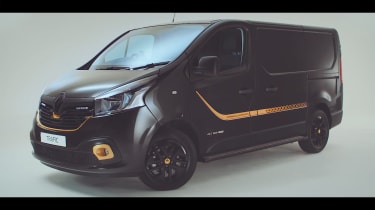 The Renault Trafic van is also powered by an engine that’s designed for both power and fuel economy. Like the F1® car the Renault Trafic has a 1.6-litre unit, and has power ranging from 94bhp to 143bhp.

And you can take the 125bhp version as a prime example of lessons learned in F1® being applied in the real world - using reinforced aluminium pistons, Renault has taken technology straight from the F1® paddock to greatly improve its van range. 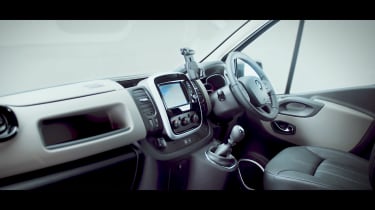 Another shared trait is the interior, which is where the drivers go to work in both the F1® car and in the van. The cockpit of the F1® car is bespoke to the driver with a tailor made seat, allowing them to control the car’s set-up all through the steering wheel whilebeing as comfortable, efficient and as safe as possible.

The Renault Trafic has an interior built around the driver too – it’s ergonomically designed perform exactly the same role. And like the F1® car, every Renault van can also be tailor made for the job depending on the driver’s requirements. Whatever the driver needs, Renault can work with businesses and individuals to create the perfect van. 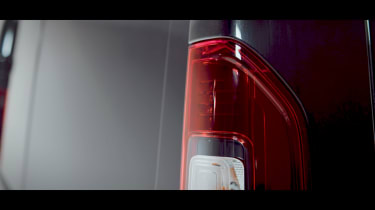 On the outside, every component on the bodywork is there for a reason – to add downforce and improve aerodynamics. The Renault Trafic has been put through extensive tests allowing it to cut through the air as easily as possible. That’s why the front is curved, the sides have folds and the clever rear taillights are actually designed to reduce drag. This makes the Renault Trafic one of the most aerodynamic and fuel efficient vans on the market.

So there you have it. The next time you consider buying a new van just think - do you want an ordinary van? Or do you want to put the power of a F1® team behind your business?

Find out more about Renault vans

Take our van survey and win a £100 Halfords voucherHow Renault built the ideal van for DJ BBQHow F1® tech keeps Renault vans in pole positionWhat Renault Pro+ can do for your businessRenault vans: exploring the benefits to your business