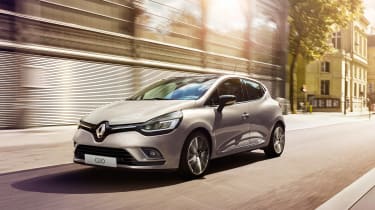 An updated Renault Clio has been revealed, with the fourth-generation supermini getting a round of updates including new powertrain options and some interior upgrades. It will go on sale in October 2016, with deliveries starting later that month.

There are a few changes to the way the new Clio looks, but the facelift is a subtle one. New LED lights, a wider grille and a redesigned back bumper are the main changes, while new paint colours including Mars Red, Titanium Grey, Arctic White and Iron Blue have been added to the spec sheet. 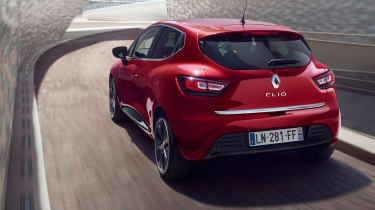 Inside, there are some higher-quality materials, with a matt finish on the chrome trim to give it a classier look. A BOSE sound system is available for the first time, and there are three multimedia systems fitted, depending on the trim level: Media Nav Evolution, R-Link Evolution and a new system called R&GO for entry-level cars.

There’s some new safety kit fitted to the updated Clio too, with parking sensors all round and a reversing camera now available. Handsfree parking is fitted to some models as well, which parks the car for you automatically. 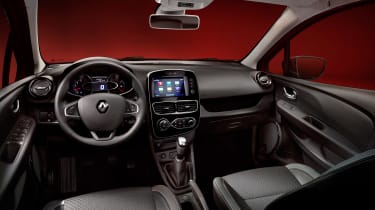 New powertrain options for the facelifted Clio are a 1.5-litre dCi diesel engine with 108bhp and a 1.2-litre TCe petrol engine with 118bhp, both using a six-speed manual gearbox. These engines join the entry-level 0.9-litre petrol in the range, though there’s no details on the updated RS version yet.

We expect there to be a short production run of the crazy R.S. 16 version, which uses the 271bhp 2.0-litre four-cylinder engine from the Megane RS, as well as its manual gearbox, in place of the standard 1.6-litre turbo and dual-clutch automatic ‘box. Expect to see the updated Clio RS after that, with only a handful of changes expected.

What do you think of the new Renault Clio supermini? Let us know below...