The Espace has a funky cabin design and superb diesel engines, but an inflexible seating layout, high prices and poor residuals mark it down 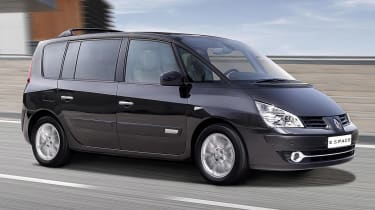 Driving: The Espace is available with a number of turbo and non-turbo petrol and diesel engines - by far the best sellers are the dCi diesels, particularly the new 2.0-litre unit. It's one of the most powerful 2.0-litre units you can buy, and one of the most refined. With 360Nm of torque, there's also plenty of pulling power. Few rivals can match the Renault for acceleration and flexibility, while the brakes are strong and gearbox pleasant. Overall, the Espace is an effortless cruiser. The soft ride suits the car's people carrying role, but on testing roads the light steering and less settled suspension mean it doesn't handle as confidently as it could.

Marketplace: The Espace was revised in April 2006, with a new dash and sliding rail system for the seats. The looks were also mildly changed with a tidier front end and new headlamp design, but it still remains one of the most distinctive full-sized seven-seat MPVs you can buy. Offered in standard and longer-wheelbase Grand guise, the Espace invented the MPV sector back in 1984, and today offers a strong range of engines and trims with plenty of choice for buyers. Key rivals include the Peugeot 807 and Citroen C8, Chrysler Grand Voyager and VW Sharan, though Ford's latest Galaxy is perhaps its strongest competitor.

Owning: The Renault is bright and airy inside, particularly in models featuring the panoramic glass roof; the A-pillars are so thin, occupants seem to be surrounded by light. The giant windscreen helps here, giving a superb view forward. The cabin itself is well finished and has a futuristic, minimalist look, with only the lone central information screen for the driver to focus on. This is available with a Bluetooth navigation system, controlled by a BMW iDrive-style single dial positioned between the front seats. The driver also enjoys a widely adjustable seating position that's comfortable despite high-set chairs, and an amazing array of secret cubbyholes. And the Espace, particularly in 'Grand' guise, scores well for practicality, with a decent boot even with all five seats in place. However, the rear chairs can't stay in the Renault if you want your people mover to become a house mover. This is where the Espace shows its limitations. There are no sliding doors and although the 'slide and lock' seating system works well, the only way to get a level load space is to remove the seats entirely - releasing them is easy, but lifting them out is awkward and heavy. Still, the seats are comfortable, though their bulk does limit overall space. As for running costs, most Espace return good fuel consumption figures and low emissions, though prices that look high against the competition hurt it in the value stakes, despite comprehensive kit levels. It also retains poor values on the used market, though it is one of the safest people carriers you can buy, with a five-star Euro NCAP score. 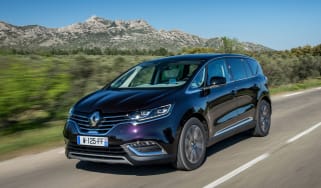 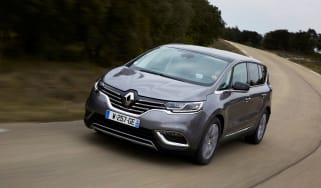 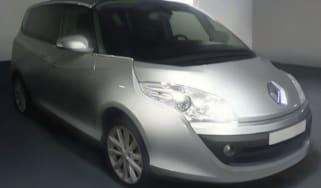 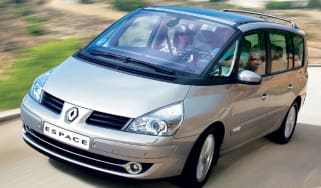 Renault has given the Grand Espace 'a light restyle', we find out what that means and if it's any good
Renault Grand Espace DCi Privilege 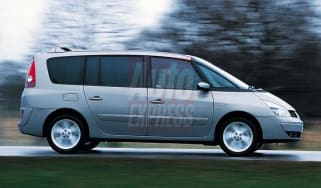 Car fans who visit any French city can't help but notice a strange phenomenon. High-flying executives have shunned their posh saloons and instead are …
Renault Espace 3.0 dCi V6 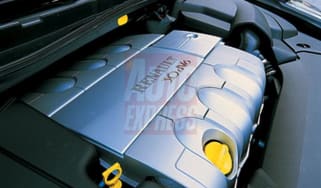 Having pioneered the MPV in Europe, Renault has again stolen a march on the opposition with this fourth-generation Espace, thanks to its unrivalled en…
Skip to HeaderSkip to Content