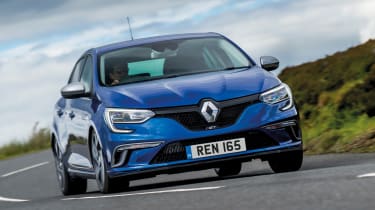 Renault has added a sporty new diesel option to the Megane range in the form of the GT Nav dCi 165, developed with assistance from Renault Sport and to be offered in both hatchback form and a Sport Tourer estate version.

At the heart of the new car is the twin-turbocharged 1.6-litre diesel four-cylinder engine. It develops 163bhp and a maximum torque output of 380Nm from 1,750rom. Renault claims that the hatchback manages 0-62mph in 8.8 seconds and a top speed of 133mph, while the Sport Tourer estate is just one tenth slower to 62mph from standstill. Both cars provide power to the front wheels via an EDC automatic gearbox.

With this new engine on board, Renault claims that the hatchback is capable of delivering 61.4mpg and 120g/km CO2, while the slightly bulker estate returns 60.4mpg and 124g/km. The minor differences mean that both sit in the same BIK band and you’ll pay the same first year VED rate of £160. 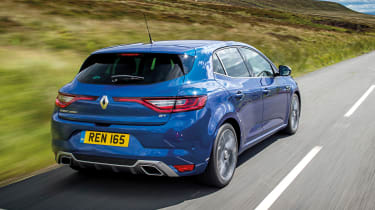 Under the skin, Renault Sport has tweaked the springs, dampers and anti-roll bar settings to leave its impression on the car’s ride and handling, and four-wheel steering makes the cut. The rear wheels turn by up to 2.7 degrees in the opposite direction to the fronts at speeds of up to 37mph to improve agility. With Sport mode selected, the threshold is raised to 50mph, and beyond these speeds the real wheels turn by up to 1 degree in the same direction for greater high-speed stability. The 4Control system powering it all can assess the angle of the rear wheels by as much as 100 times a second.

In the cabin, an 8.7-inch portrait touchscreen infotainment display takes pride of place on the centre console, complete with sat nav and Bluetooth connectivity. Dual zone climate control is included, too.

It’s all wrapped up in a sporty design. The front apron gets a wider, lower air intake with a honeycomb mesh, while at the back there’s a rear diffuser flanked by two large exhausts. 18-inch alloy wheels come as standard, while sports seats and Renaultsport scuff plates are found inside. The hatch will be priced from £27,740, with the estate coming in at £29,040.

Do you like the sound of a hot diesel Renault Megane? Let us know in the comments section below... 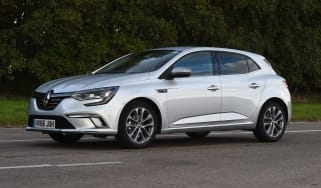 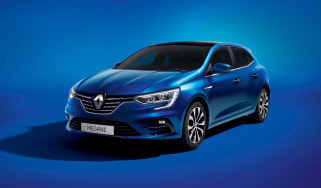 The updated Renault Megane range will be available to order in the UK from August, with prices starting from £20,740
Renault Megane faces uncertain future 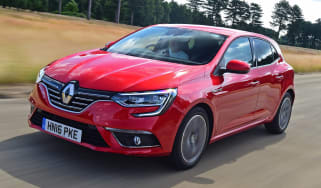