Rolls-Royce has revealed the Sweptail at the Villa d’Este car show in Italy, a bespoke model designed for one wealthy customer 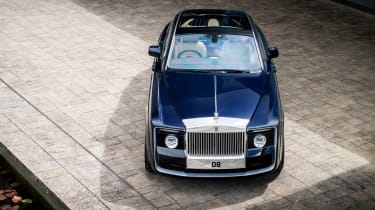 Rolls-Royce has revealed a new bespoke creation for one very special customer. This is the ‘Sweptail’ – a one-off collector’s item with a distinctive ‘Swept-tail’ rear end inspired by the Rolls-Royces of the 1920s.

Making its debut at the Concorso d’Eleganza concours festival held at Villa d’Este, Italy, the Rolls-Royce Sweptail project began way back in 2013, when the brand was approached by one of its “most valued customers” to commission a radical new two-seater. A list of several elegant early 20th century cars from the British brand were all used to influence the design of the Sweptail.

Based on a Rolls-Royce Phantom Coupe, the Sweptail is entirely hand made and took two years to complete. While it may share a platform with the Phantom, every panel of bodywork is unique. 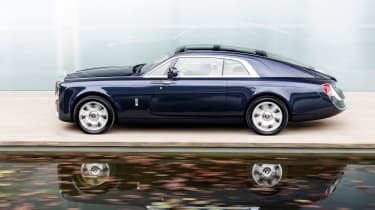 At the front, the face of the car remains strongly Phantom influenced, using Rolls’ contemporary, brutally square design language. The large grille is the biggest fitted to any ‘modern era’ Rolls-Royce, and was milled from solid aluminium before being polished by hand.

Looking at the car in profile, things are clearly radically different to any Rolls Royce currently on sale. The rear tapers into a sharp point and is said to be the “ultimate homage to the world of racing yachts” – another key design influence of the Sweptail.

Only two seats appear inside, with the rear bench making way for a hat shelf in a nod to Rolls-Royce GT cars from the 1920s and 30s. You may also have picked up on the “08” numbers engraved at the front and rear - these are milled from aluminium ingots, and serve as identification and registration marks.

The Sweptail is powered by the Phantom’s 6.7-litre V12 engine and develops 453bhp. The location of the buyer and cost of the project have not been disclosed.

What do you think of the one-off Rolls-Royce Sweptail? Let us know below... 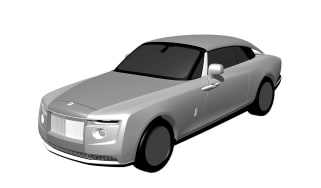 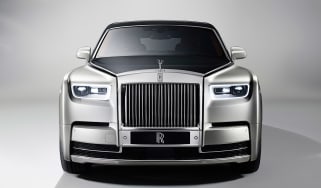 Workforce returns on May 4, 117 years to the day since Rolls-Royce was formed