The most amazing bespoke Rolls-Royces of the last 12 months

No two Rolls-Royces are exactly alike, and here’s some of the most interesting cars that the company’s Bespoke division created in 2016 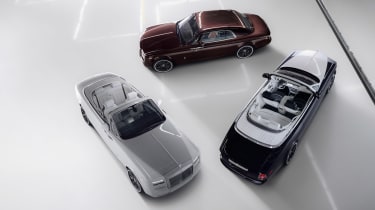 The super-rich of the world know that the way to display true wealth in your choice of vehicle is to drive something that nobody else has got. Like turning up at a celebrity party wearing­­­­ the same dress as another guest, driving the same car as a fellow motorist is a fashion faux pas that the world’s millionaires and billionaires can afford to avoid by speccing their own extravagantly individual vehicles. And nobody does bespoke like Rolls-Royce.

The company has been serving up a blank canvas to the great and good (and rich) of the world since the very early days of motoring, when Rolls-Royce provided just the chassis and running gear. From there, customers chose an independent coachbuilder and were able to intricately tweak the design of their new car to their own specification.

• The craziest optional extras ever

Nowadays, the task falls to Rolls-Royce’s Bespoke division which, given the right brief and the right budget, can make almost anything possible. Want a headliner lit up with hundreds of tiny stars, exactly relating to the constellations in the sky on the day of your birth? Easy. Your favourite cityscape picked out in rare wood veneers across the dashboard? A piece of cake. The master craftsmen – carpenters, leather workers, painters and plenty more besides – all subscribe to the company's philosophy that commissioning a Rolls-Royce isn’t like ordering a car, it’s like creating a work of art.

Now Rolls-Royce has released details of some of its most challenging, beautiful or otherwise interesting bespoke creations of 2016. It’s an eclectic collection, ranging from the sublime to the downright odd, and shows off just some of the work that the company’s Bespoke division can perform. Click through the gallery to see more and read about the amazing bespoke Rolls-Royce cars in question... 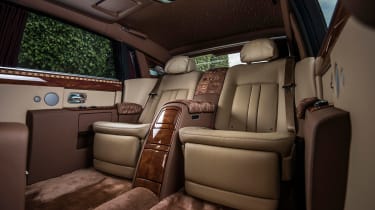 The Peace and Glory Phantom was created for an entrepreneur in the Far East, who decided to test the company's interior design artisans. They responded with aplomb, adding embroidered tiger stripes to the rear centre console. Elsewhere it's decked out in Mocassin and Fawn Brown leather.

Rolls-Royce Inspired by the Greats 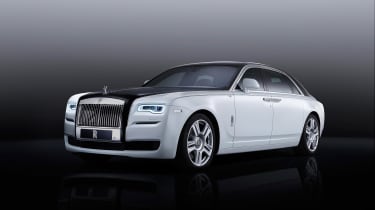 This musical-themed number features stunning woodwork on the dashboard in the form of the notation for the commissioners favourite piece of music. The monochromatic exterior paint job also features a painted coachline with a clef motif. 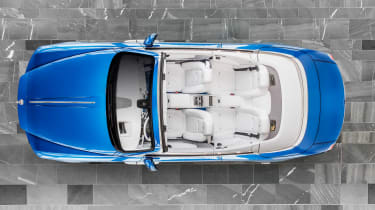 When US car collector Michael Fux ordered his Rolls-Royce Dawn convertible, he made sure nobody would have the same one by speccing a unique colour. Since named 'Fux Blue' it's now reserved for his private use, and contrasts with the entirely Artic White interior. 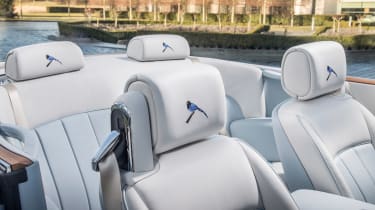 The blue magpie is native only to Taiwan, where the commissioner for this Phantom Drophead is from. The car features embroidered magpies on the headrests, while even the boot is lined with teak and white maple. 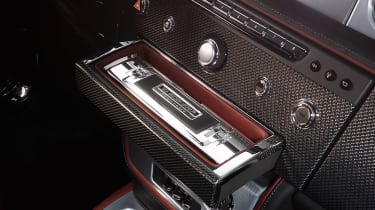 To mark the end of Phantom production, just 50 Zenith models were produced - 25 saloons and 25 drophead convertibles. Each one contains a unique part of the Phantom production line in a special drawer in the dashboard, plus a champagne fridge in the boot. 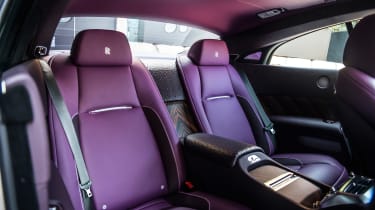 Two special models were created for the opening of the Rolls-Royce summer studio in Porto Cervo. The Dawn model was painted in Emerald Green with a seashell leather interior, while the 'Dusk' Wraith features three kinds of shocking purple upholstery. 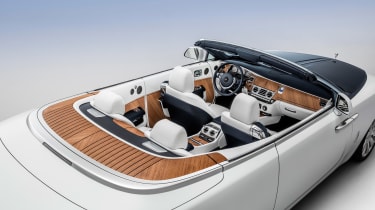 Made for a collector from Florida, this Dawn went on show at Pebble Beach and has a distinct nautical flavour, thanks to teak decking and a bespoke sill plate with the international flag symbols spelling out 'DAWN'.

Look through the gallery here to see some of Rolls' best bespoke creations of 2016...