History of Skoda: exploring the Czech brand's past

The Kodiaq follows in the footsteps of some famous Skodas over the years. We look back at the history of this Czech company 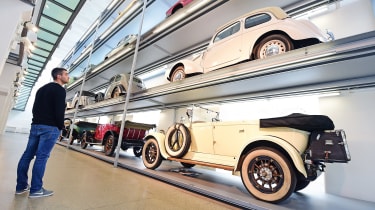 It’s easy to think of Skoda as one of the junior car brands within the Volkswagen Group fold, given its value positioning. But the marque has the oldest roots in the family by some margin, as a visit to the official museum in Mlada Boleslav, Czech Republic, reveals.

The brand’s establishment in 1895 as a bicycle manufacturer paved a rapid route to the early European motor industry – in fact, it took founders Václav Laurin and Václav Klement 10 years to branch out from pedal power to four wheels when the pair’s first car arrived in 1905.

Called the Voiturette A, this vehicle was still badged as a Laurin & Klement, but is widely regarded as the first Skoda. Using a water-cooled two-cylinder side-valve engine with 7bhp, it managed a top speed of around 25mph and could seat two. The Voiturette A was priced at 3,600 Koruna – just less than £30,000 in today’s money – and was enough of a hit to warrant a second Skoda vehicle: 1907’s much larger, more powerful Type FF, with a 44bhp eight-cylinder engine. 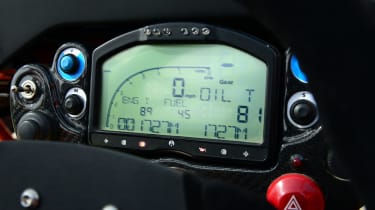 The strain of the post-World War I economy forced the bicycle-turned-car maker to seek a partner. In 1924 Laurin & Klement merged with Czech conglomerate Skoda Works – which had just founded its own automobile department – to create Skoda Auto. Soon after, Laurin & Klement’s cars became known as Skodas, and the name has remained.

In 1925, the first car to properly be called a Skoda – and the last to wear the Laurin & Klement badge – appeared: the original 110. Over the next five years models such as the Skoda-Hispano Suiza and Skoda 860 gave credence to the name, and assembly line production began in 1930. Only four years later, cars with familiar names such as Popular, Rapid and the flagship Superb began to roll off the line.

After WWII – during which Skoda’s factory was occupied by Germany and bombed by the Allies – Czechoslovakia slipped behind the Iron Curtain. As a result, Skoda was nationalised. The firm became part of the state’s centrally planned communist economy in 1948.

In 1959 the company revealed its fun side with the release of the Felicia – a small coupé with a convertible sibling, built for export. The same year also saw the release of the original Octavia, a name now synonymous with the brand. Skoda began to branch out into the global market, and by the sixties was selling its cars in over 60 countries. 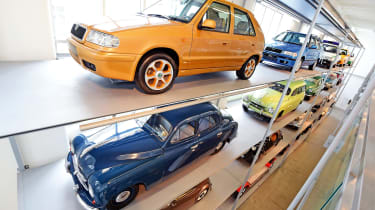 The seventies saw the arrival of a stylish coupe in the form of the 110 R, plus Skoda made a name for itself in rallying with the 130 RS. Its next big hit wouldn’t come until 1987, though, with the release of the Bertone-styled Favorit – Skoda’s first truly modern European supermini with a transversely mounted engine and front-wheel drive. This was Skoda’s last major model before the fall of the Eastern Bloc and VW Group investment in 1991. Full Volkswagen ownership of the brand came in 2000.

For a while in the early 2000s, Skoda marketed its cars in the UK in an ironic, self-deprecating way, but more recent times have seen the brand step up to more aspirational markets with hot hatches and SUVs like the new Kodiaq and upcoming Karoq. The brand will advance further in the near future, with the release of electrified vehicles and maybe even a sports car using EV technology.

Have you ever owned a Skoda? Let us know in the comments section below...