Is four-wheel drive enough for the new Subaru Impreza to leave the Mazda 3 trailing? 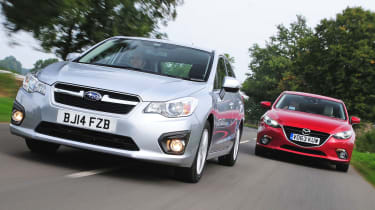 Subaru has always carved its own niche. Its rallying heritage and driver-focused four-wheel-drive performance models have gained a cult following, but while motorsport has raised the company’s profile in recent times, its use of four-wheel drive has been a staple component for years.

The latest all-wheel-drive model to arrive in the UK is the new Impreza. This is the fourth generation of the compact hatchback, and as well as permanent AWD, it features another Subaru trademark, a boxer four-cylinder engine. It’s only 1.6 litres, and doesn’t have a turbo, like past performance models, but the petrol motor adds to the car’s leftfield appeal.

For this test, we’ve lined up another hatch in the shape of the Mazda 3. It doesn’t have four-wheel drive, but it features sporty handling, while the 2.0-litre petrol engine has a definite power advantage. So, will the new Subaru’s unique characteristics give it something special to stand out in this compact hatch class?

Now scroll down to find out which hatch comes out on top... 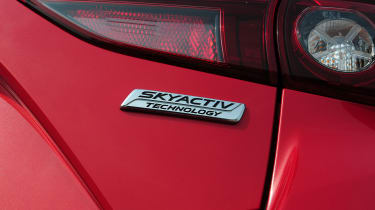 The Impreza plays second fiddle to the Mazda 3 thanks to the inefficiency of its 4WD system. However, the comprehensive trip computer allows you to keep tabs on your fuel use. There’s an efficiency gauge, plus instant and average economy figures, and a timer which logs how long the stop-start system has been active for on your journey. 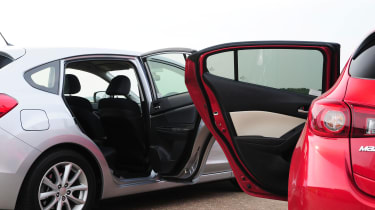 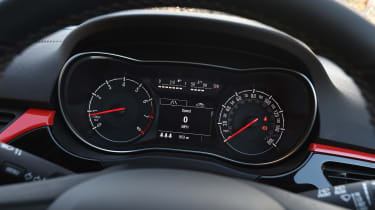 The Subaru Impreza is one of the cheapest four-wheel-drive cars on sale in the UK, and unlike other 4WD compact hatchbacks, like the Audi A3 quattro, it’s a permanent system, rather than reactive. It has a low-range box, which is engaged using the lever on the transmission tunnel next to the handbrake and the centre diff in the transmission distributes power to the axle with the most grip. 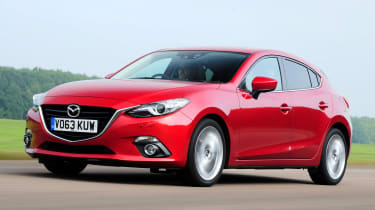 The Mazda 3 takes a clear victory in this test. It’s far superior to the Subaru in almost every way, with sharp, involving handling, a smooth and powerful petrol engine, a well built interior and sharper looks inside and out. The ride is a little firm on larger alloy wheels, and it’s frustrating that you have to move up a trim grade to add some extras, but overall it’s well worth the extra £400 over its rival here. 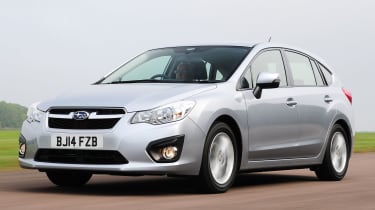 The Impreza has been reintroduced by Subaru thanks to favourable exchange rates, but while models such as the WRX STi are sporting highlights, the standard Impreza is a letdown. It looks awkward, features dated cabin design and costs much more to run than the Mazda. On the plus side, the 4WD system delivers extra confidence on the road, but it’s not enough to offset the Subaru’s shortfalls.