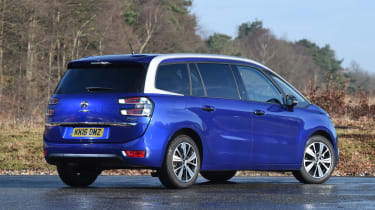 Over the years, the Subaru Impreza has gained a cult following thanks to its rallying heritage and four-wheel drive performance. It has been used for years in its road-going cars, and features in the latest version of the Impreza.

The Impreza comes as a five-door family hatchback, a step away from the traditional saloon that made the car world-famous in the World Rally Championship. A saloon is available if you opt for the performance WRX STi version, though.

The Impreza hatchback is available with only one engine - a 1.6-litre boxer four-cylinder unit putting out 112bhp. A five-speed manual or LinearTronic automatic gearbox are available, with the auto costing £18,995 - £1,500 more than the standard manual.

Subaru’s boxer engines deliver a distinctive offbeat sound, and that’s present as soon as you fire up the 1.6-litre petrol motor under the Impreza’s bonnet. It’s accompanied by a bit of vibration, but it soon smooths out once you’re on the move.

The five-speed box has a reasonable shift, so making the most of the engine’s limited performance for overtaking is no hardship. 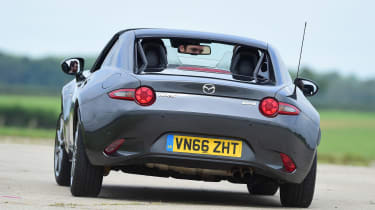 In corners, the Subaru feels slow-witted when compared to agile rivals like the Ford Focus and Mazda 3. There isn’t much feedback from the steering, and while the four-wheel-drive system delivers lots of grip, there’s too much body roll for the car to be enjoyable, and the car pitches and wallows in bends. Take it easy, and things are a bit better, as the soft suspension and small wheels combine to deliver a reasonable ride.

The four-wheel drive system delivers excellent grip in all weathers, but you have to be living in a pretty remote area to even consider using the low-range setting, while the car’s standard ride height and lack of under-body protection mean you’ll think twice about taking it over anything other than a grassy field.

A list price of £17,495 means the Impreza undercuts some of its rivals. What’s more, it comes with some decent kit. Part-leather heated seats, cruise control and a reversing camera are all included.

However, the only sat-nav option is an aftermarket system, while DAB radio and xenon lights aren’t offered. And the permanent 4WD system rather hobbles the Impreza’s everyday running costs.

Stop-start is standard, and the trip computer logs how long the system has been active on a journey, but claimed economy of 44.1mpg is far behind the class best. Add to that emissions of 147g/km, and business users will face greater tax costs, while steeper depreciation means private buyers will lose money more quickly.

Subarus have never really been known for their cutting-edge design, and the new Impreza is unlikely to win any beauty contests. In profile, the proportions aren’t very well balanced, thanks to a long front overhang and short tail – it’s as if the wheels need moving a few inches forward to give it a better stance. The arcing roof is similar to that of the Mazda 3, but the Subaru lacks any inspiring design touches.

While the rapid WRX STi uses racy details to stand out, the Impreza hatch has been stripped of any sporting adornments. Instead, it gets a chrome-trimmed grille and large headlamp units that taper up the bonnet, while subtle wheelarch blisters and humps for the tailgate hinges are the only real design flourishes. The car’s look is similar to that of the XV crossover, but again, that model has black cladding and roof bars to help it stand out. Apart from the family nose, the Impreza really looks quite ordinary.

Climb aboard, and the interior design is functional rather than stylish, while Subaru has scoured the parts bins of other companies for components. The column stalks are from Toyota, and the rocker switches for the heated seats are the same as you’ll find in a Nissan. The stereo, meanwhile, looks like something from the late nineties thanks to its dot-matrix display.

The plastic on the centre console has a textured finish that’s like a cross between wood and brushed steel, while the trip computer display is set well back on top of the dash. Space on the centre console is taken up by a large lever that selects low-range gears, while the hard plastics aren’t up to the same standard as its rivals. Part-leather seats come as standard, but they aren’t supportive.

The Subaru Impreza has a 380-litre boot with the seats in place, and comes with anestate car-style rolling load cover, rather than the hinged cover found in most hatches.The boot features a carpeted centre section and plastic trim on either side, althoughthere are cut-outs where the suspension and wheelarches intrude into the floor. 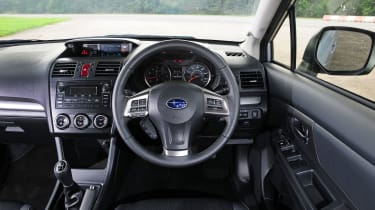 The rear of the boot floor rises to meet the back seats, which means there’s aseamless floor when they’re folded, although the bottom isn’t completely flat.

Longer back doors mean access to the back seats is good. Storage space up front comprises a decent glovebox and door bins, although centre console space is taken up by the low-range lever next to the handbrake.

Subaru has a strong reputation for building reliable cars. This has been proven in the past with the company’s rally exploits, while the more conventional models in the range have been popular with farmers over the years, thanks to their rugged workhorse nature.

The Impreza should prove to be reliable, and buyers have the peace of mind of a five-year warranty, while Subaru’s small dealer network performed well in our Driver Power 2014 satisfaction survey, finishing fourth. The Impreza hasn’t been tested by Euro NCAP, but its safety features include seven airbags, stability control, brake assist and hill hold control.