Suzuki has issued its dinky Ignis crossover with a mild facelift, adding a handful of styling revisions and an updated mild-hybrid powertrain 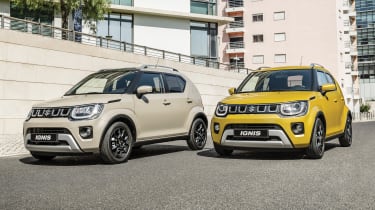 Suzuki has launched a facelifted version of the Ignis, with a handful of interior and exterior styling updates, a revised mild-hybrid powertrain and a new CVT gearbox. It will go on sale in April this year, with prices due to be announced nearer to the car’s launch date.

Exterior styling revisions include a new five-spoke radiator grille, subtly updated front and rear bumpers and a handful of new paint colours, including Rush Yellow Metallic and Tough Khaki Pearl Metallic. The facelifted Ignis retains the blacked out A- and B-pillars, clamshell bonnet and slashes in its C-pillar from the outgoing model. 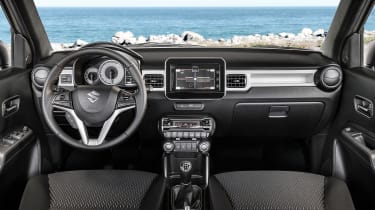 Unusually, performance figures for the updated powertrain show no improvement over the outgoing model. The Ignis still has a power output of 89bhp – although the added weight of the larger-capacity battery pack has lowered the SUV’s 0–62mph time from 11.4 seconds to 12.4 seconds.

However, the new Ignis is slightly more economical than its predecessor, with its maximum fuel economy figure climbing from 54.1mpg to 55.7mpg

Finally, the facelifted Ignis will be available with an improved 48-volt mild-hybrid system which features a larger capacity battery pack. Like on the pre-facelift model, the system recovers energy that would otherwise be lost under deceleration to assist the petrol engine when accelerating, for improved fuel economy.What does the updated Suzuki Ignis have to beat? Read our run-down of the best city cars on sale here…