The dinky Suzuki Ignis crossover has been given a subtle facelift, with a handful of cosmetic tweaks and a revamped hybrid powertrain 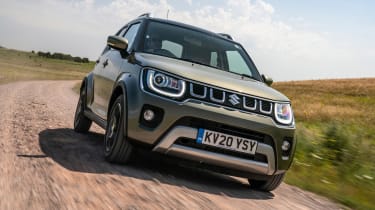 Suzuki has facelifted its Ignis crossover for 2020, adding a handful of cosmetic tweaks, some extra technology and an improved version of the car’s 1.2-litre hybrid powertrain. The revised model is on sale in the UK now, with prices starting from £13,999.

Inside, buyers get a new digital instrument cluster with a black and white surround and an extra two interior trim colours – Lazuli Medium Blue Pearl and Medium Grey Metallic. Like the outgoing model, there’s also a seven-inch infotainment system in the centre of the dash. 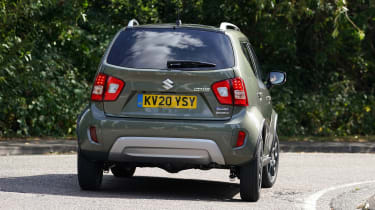 The updates have also spread to the Ignis’s Hybrid system. The technology is standard across the crossover’s range, with revisions including a larger-capacity battery pack and an improved belt-driven starter-generator, which Suzuki says will provide a fuel economy figure of 55.7mpg and CO2 emissions of 114g/km.

As standard, the 1.2-litre hybrid powertrain sends its power to the front wheels via five-speed manual gearbox, although buyers can still have the Ignis with four-wheel drive. Finally, the revised Ignis is now optionally available with a CVT gearbox on the SZ-T and SZ5 model. 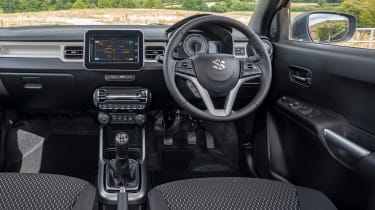 SZ-T models get 16-inch alloy wheels, roof rails, wheel arches extensions, a rear view camera and a touchscreen infotainment system with support for Apple CarPlay and Android Auto. Unlike the entry-level model, buyers get four instead of five seats, with the standard rear bench being replaced with a pair of individually sliding rear seats.

Suzuki’s range-topping SZ5 model gets a pair of front fog lamps, automatic air conditioning, satellite navigation, keyless entry and rear electric windows – along with a range of driver assistance technology, such as lane departure warning, weaving alert and dual camera brake support, which can preemptively apply the brakes in the event of an accident.