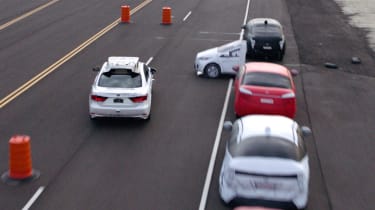 Toyota has revealed more information about an upcoming driver assistance suite called Guardian, which the firm plans to offer up to the rest of the industry.

Like most driver assistance suites, Guardian is being developed primarily to detect and avoid potential accidents. However, Toyota is keen to stress that the system is aimed more at improving the driver’s ability to avoid possible crashes, rather than simply taking complete control to mitigate them.

• The ultimate guide to autonomous vehicles

The Toyota Research Institute has been developing the technology for the last three years, and presented a new research mule for the latest build of Guardian at the Consumer Electronics Show in Las Vegas. Called TRI-P4, it’s a heavily modified Lexus LS 500h. 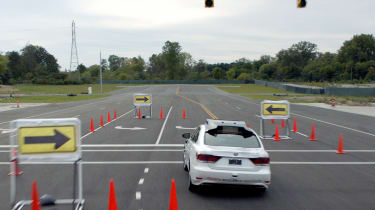 The system works on the premise of “blended envelope control”. It means that instead of a black and white scenario whereby the car is controlled by either the driver or the systems on board, the Guardian intends for the driver to be in control at all times, and assists whoever is behind the wheel with corrective steering, acceleration and braking responses to avoid accidents.

Toyota Safety Institute CEO Gill Pratt said: “Most of the time, the driver feels 100 per cent in control of the car.

“However, as the driver begins to reach the edge of a dynamically changing safety envelope, the machine begins to collaborate together with the human, to help nudge the driver back into a safe corridor.”

Toyota Guardian forms a two-prong development strategy for the carmaker. The firm is also attempting to develop a fully-autonomous system currently called Toyota Chauffeur. However, the industry giant hasn’t committed to even a loose date for its launch, with Pratt stating: “It's a wonderful goal, and someday we may achieve it.”

Click here for all the latest from the 2019 Consumer Electronics Show in Las Vegas...