With a fresh look and a new engine, Toyota’s Auris aims to edge in front of class-leading SEAT Leon 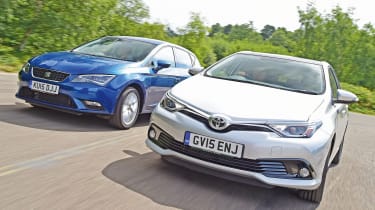 With so many talented compact hatchbacks on the market, it’s been tough for Toyota’s Auris to make an impact.

The car has proven reliable and comfortable, with pricey yet attractive hybrid tech, but poor emissions of conventional petrol engines haven’t made it the first choice for low running costs. 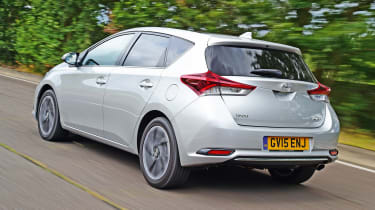 Rivals have turned to turbocharging to go greener, and Toyota is doing the same – it’s replaced the Auris’ 1.6 VVT petrol engine with a new 1.2 turbo.

The brand’s also taken the opportunity to revamp the car with a facelift inspired by the Yaris and Aygo, featuring a distinctive sharp nose. 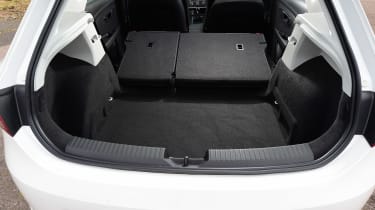 So, has the Auris been given the boost it needs to take on the class leaders? To find out, we’re testing it against our current compact hatch favourite – the SEAT Leon.

It’s now a three-time winner of our Best Compact Hatch award and remains tough to beat with its combination of quality, grown-up road manners, involving handling and great value.

Here, we test the 1.2 TSI SE against the Auris in 1.2 Design trim. The two are similar on price, spec and performance, so it will be a good contest.

Click the links above to read individual reviews, and scroll down to see which one comes out on top... 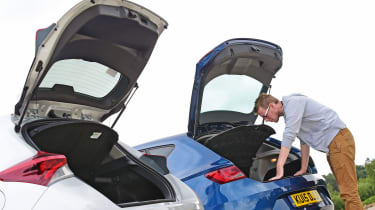 Toyota quotes a boot capacity of 435 litres, but this is to the roof. Our own measurements revealed that the Leon had a larger floor area and a greater volume under the load cover. Both cars have rear seats that fold flat, although the Toyota’s drop so that they are level with the boot floor – the SEAT’s leave an awkward step. 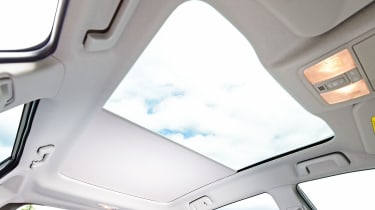 You can add panoramic fixed glass to the Auris for £550. It makes the cabin feel spacious, but cuts rear headroom. SEAT offers a £775 electric sunroof. LED headlamps are a £795 option on the Auris and £1,010 on the Leon, yet they are part of the free Technology Pack upgrade. 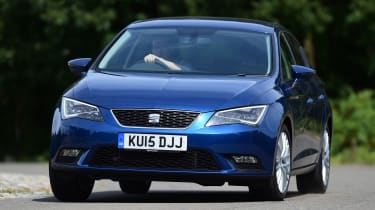 Once more, the SEAT Leon sees off a contender for the best compact hatchback crown. Its rivals are getting closer, but the Leon’s core strengths of great value – even before you add the free Technology Pack upgrade – and entertaining handling that doesn’t sacrifice comfort mean it’s still the class leader. The 1.2 TSI’s torquey power delivery negates any power deficit to the Toyota, too. 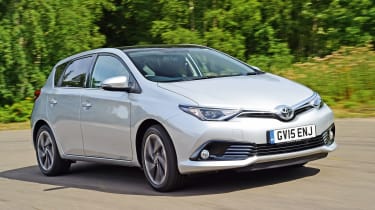 The new 1.2 turbo Auris is a decent effort, but it doesn’t do enough to worry the SEAT Leon. Although the engine is good, it’s in a chassis that delivers neither a sporty or comfortable drive. Plus, its dirtier emissions counter the fuel efficiency on test, while material quality is disappointing, too. Add in a higher price and slightly less kit, and the Auris comes second here. 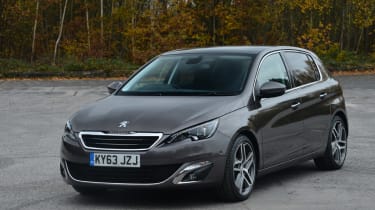 Allure-spec 308 isn’t left wanting for kit, with sat-nav and a reversing camera more than justifying its extra outlay. The three-cylinder turbo petrol is efficient, too, with CO2 emissions of 107g/km beating both rivals here. 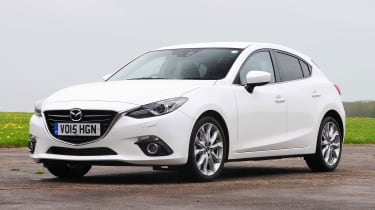 If you’re not convinced a small-capacity turbo petrol is for you, then you could try the naturally aspirated Mazda 3. SE-L Nav trim gets decent kit, while Mazda’s weight-saving tech helps deliver CO2 emissions of 118g/km.